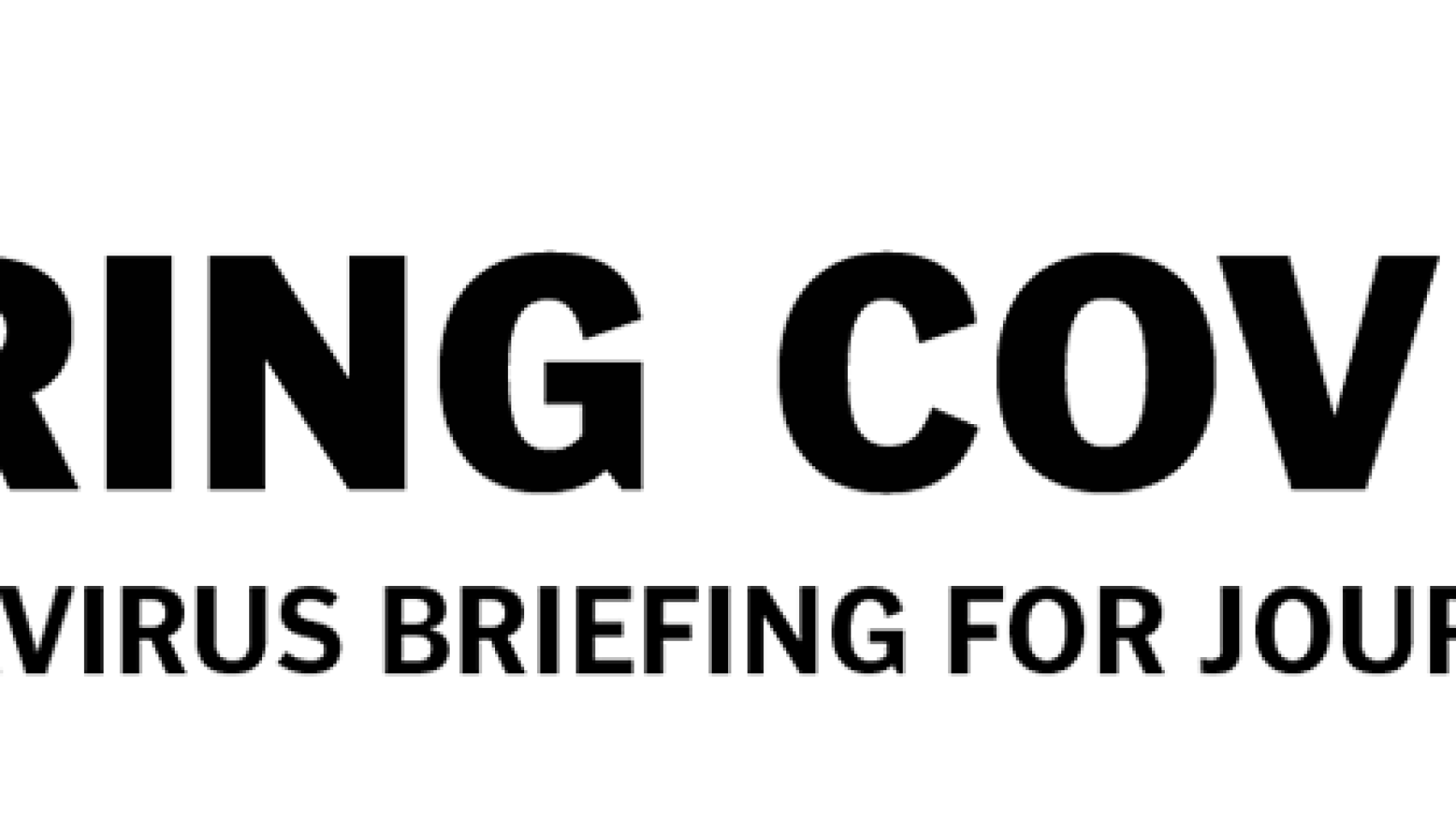 Covering COVID-19 is a daily Poynter briefing of story ideas about the coronavirus and other timely topics for journalists, written by senior faculty Al Tompkins. Sign up here to have it delivered to your inbox every weekday morning.

Most Americans are only vaguely aware that a new booster shot for COVID-19 is available and that they are eligible to get it to protect against the omicron subvariants of the virus. As Drew Altman, the president of the Kaiser Family Foundation, put it, “America is not rushing out to get the new booster.”

The Kaiser Family Foundation’s new survey found that half of adults say they’ve heard “a lot” (17%) or “some” (33%) about the new shots. “About a third of all adults (32%) say they’ve already gotten a new booster dose or intend to get one ‘as soon as possible.” The study also found:

This is not a matter of people ignoring or not trusting the new vaccine. In significant numbers, people say they don’t know if they are eligible for the new booster dose. Journalists, this shows how important it is for you to turn your attention back to COVID-19 and not wait for a fall or winter surge to again get interested.

The New York Times ran a piece you probably missed because there is so much else going on. The piece explained how, for sure, more virus outbreaks are on our horizon, and we better wake up to them.

New infectious threats are certainly on the way, mostly because of the twin rises in global travel and vaccine hesitancy, and the growing proximity of people and animals. From 2012 to 2022, for example, Africa saw a 63 percent increase in outbreaks of pathogens that jump to people from animals, compared with the period from 2001 to 2011.

“In people’s minds, perhaps, is the idea that this Covid thing was such a freak of nature, was a once-in-a-century crisis, and we’re good for the next 99 years,” said Jennifer Nuzzo, director of the Pandemic Center at Brown University School of Public Health.

“This is the new normal,” she added. “It’s like the levees are built for the one-in-a-100-years crisis, but then the floods keep happening every three years.” In this Wednesday, Oct. 31, 2012 file photo, waves wash over a roller coaster from a Seaside Heights, N.J., amusement park that fell in the Atlantic Ocean during Superstorm Sandy. (AP Photo/Mike Groll, File)

On Sunday, CNN interviewed U.S. Sen. Marco Rubio (R-Fla.) and quizzed him about why he opposed a bill to provide federal relief for damage caused by Hurricane Sandy but now wants federal help after Hurricane Ian. Rubio responded the way politicians have responded for years, saying that the bill for Sandy relief included roof repairs in Washington, D.C., and money for Alaska.

His point that these kinds of bills are a magnet for political maneuvering is legitimate. But ever since 2013, when the bill was to come up for a Senate vote, news organizations have repeated the story about questionable roof damage in D.C., despite a detailed investigation by the Congressional Research Service that found virtually everything in the bill that came up for a vote was, in fact, related to Hurricane Sandy.

PolitiFact has addressed this issue several times. If you want the line-by-line analysis of claims and counterclaims that will be flying around this week as the midterm elections near, go here. PolitiFact sorts out the details with links to original reports when senators asked for money for relief for Irma, Harvey and now Ian.

Some other loose spending was included in the first drafts of the 2013 bill, but much of that got pulled out before the vote.

The New Republic pointed out back then:

Commentary Magazine listed it as one of the bill’s “most outrageous requests,” and a joint release from Sen. John McCain and Sen. Tom Coburn in December described the allocation as “$2 million to repair damage to the roofs of museums in Washington, D.C., while many in Hurricane Sandy’s path still have no roof over their own heads.”

In fact, the damage which that $2 million is intended to fix does not predate the storm. “In all cases, [the funds are for] roof leaks caused by heavy winds and torrential rain,” Linda St. Thomas, a Smithsonian Institution spokeswoman, told me in an email this afternoon. “Hurricane Sandy caused the roof damage which is why we put in the request. In several cases, it exacerbated smaller leaks, in other cases, it caused new leaks.”

The money was earmarked to fix Sandy-caused roof leaks at the National Zoo, the Museum of American History, the Air and Space Museum and other museum buildings.

Mainstream media couldn’t get their facts straight, either. ABC News reported on Dec. 13 that $2 million was for damage “that pre-dates the storm.” A Jan. 2 Reuters article made the same mistake, and Fox Business and the Washington Free Beacon promptly repeated it.

When Hurricane Harvey hit Texas in 2017, Sen. Ted Cruz had to answer similar questions about why he wanted federal funding but opposed federal money for Hurricane Sandy years earlier. He said the same thing Rubio said this weekend about how two-thirds of the Hurricane Sandy bill “had nothing to do with Sandy.” And fact-checkers dutifully pointed out how he was wrong back then.

Back in 2017, The Washington Post explored the story behind the money earmarked for Alaska. It was not related to Hurricane Sandy, but it was related to another disaster.

The bill did wrap in some other 2012 disaster funding, including disasters that had been declared over Alaska Chinook salmon, New England groundfish, Mississippi fisheries and American Samoa bottomfish. Those are the fisheries that the Cornyn spokesman referenced — but they were disaster declarations. So, one would think it would make sense to include relief in a disaster bill.

Some lawmakers complained about $100 million in funding for Head Start, but that was limited to about 100 facilities that had been damaged in New Jersey and New York.

This being Congress, one of course can find some eyebrow-raising provisions. In particular, there was $16 billion for the account that funds Community Development Block Grants, which were aimed at Sandy relief but also could be used for eligible disaster events in calendar years 2011, 2012 and 2013. So, the main focus was Sandy, but the money could be moved to assist other disaster relief efforts over a three-year period.

Still, it’s all related to disaster relief. In the end, moreover, $13 billion, or more than 80 percent, went to areas affected by Sandy, according to a Housing and Urban Development Department accounting.

That’s the thing about misinformation and disinformation. Once the story is wrong, it is hard to make it right, especially when somebody profits from it being wrong. In this Sept. 17, 2003 file photo, a walleye is shown after being taken during a fishing trip in Lake Erie near Marblehead, Ohio. (AP Photo/Daniel Miller, File)

Have you heard about the big scandal at an Ohio fishing tournament? Some of the “winners” stuffed their prize-winning catches with lead weights. Maybe we should not be surprised when $29,000 in prize money is at stake.

The tournament director got suspicious when a walleye weighed in at almost twice the weight it should be for its size. You can go here and watch the contest officials cut open the suspicious catch. The crowd gets rowdy with some colorful language. The officials ask the crowd not to hurt the guy, who makes a quick retreat. His fishing partner had already locked himself inside his pickup truck. The two are regulars on the competitive fishing circuit and now could face criminal cheating charges.

Big-dollar fishing tournaments have attracted big cheaters for a long time. A couple of years ago in Utah, some fishermen tried to win with bass they said they caught in Lake Powell, the tournament’s lake, but laboratory tests on the fish showed they came from a different lake, apparently caught a couple of days before the event.

Cheating is so common that some tournaments require winners to pass a polygraph test.

In one Texas tournament, judges disqualified no fewer than six cheating contestants. In Alabama, a couple of guys who bagged some fish before the tournament began and claimed they didn’t were charged with “tampering with a sports contest,” which is a crime in that state. In Minnesota, a 72-year-old guy spent a weekend in jail for lying about where he caught a tournament-winning northern pike catch. A couple of guys in Iowa did something similar. In 2013, Kentucky hosted a tournament for commercial fishermen for the purpose of ridding the waters of Asian carp. Officials disqualified the guy who claimed that he caught the biggest carp of the day after judges discovered he took the fish from the aquarium where he previously worked.

We’ll be back tomorrow with a new edition of Covering COVID-19. Are you subscribed? Sign up here to get it delivered right to your inbox.