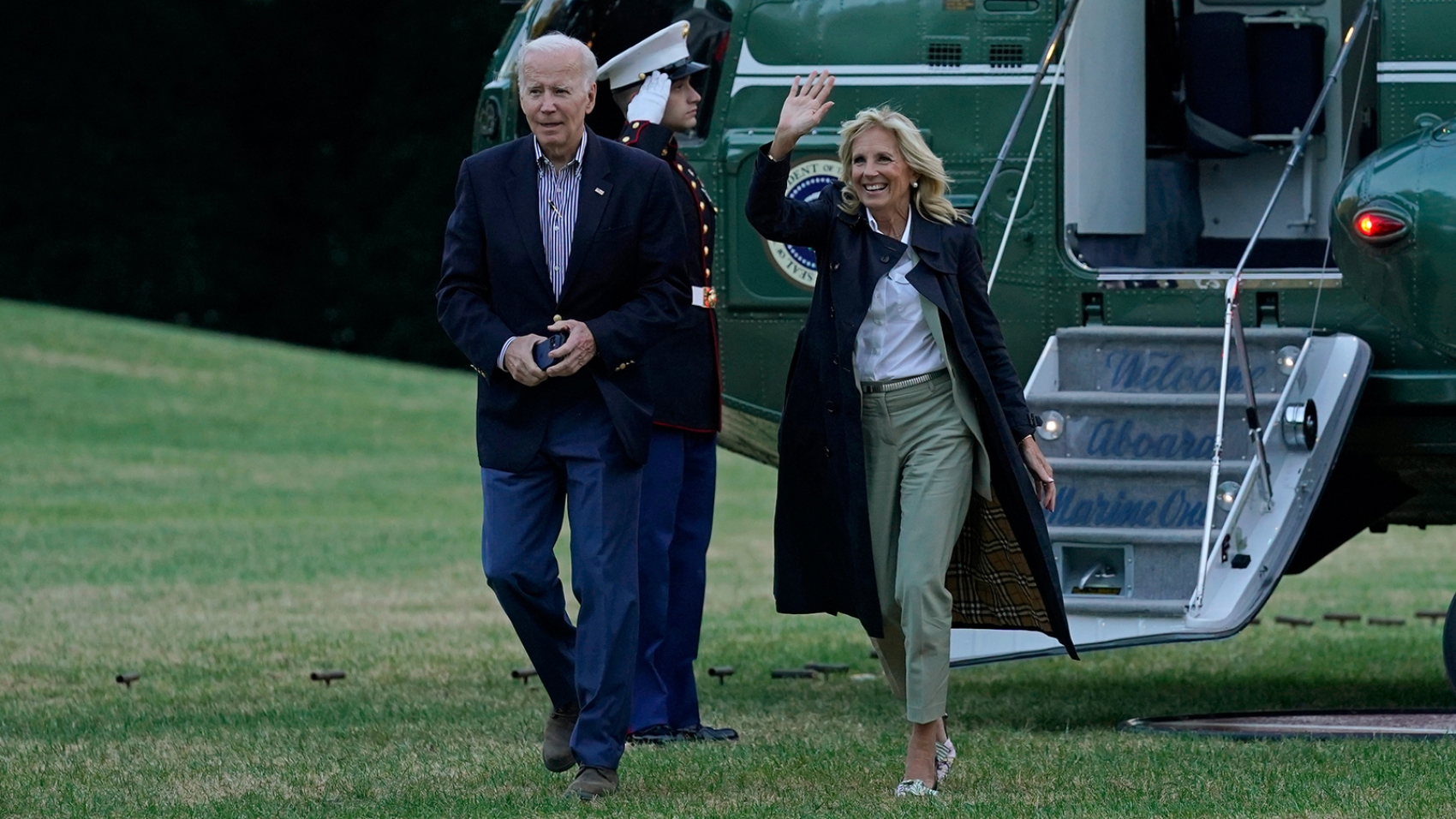 Biden is taking part in a Thursday afternoon announcement at the IBM facility in Poughkeepsie, New York. He is expected to hold out the company’s plans as part of what the White House says is a manufacturing “boom” spurred by this summer’s passage of a $ 280 billion legislative package intended to boost the U.S. semiconductor industry and scientific research.

Democrats facing tough midterms races have largely avoided appearing with Biden in the leadup to November’s elections. But Biden, whose approval ratings remain underwater, will be joined by two House incumbents in competitive New York races who are bucking the trend: Reps. Sean Patrick Maloney and Pat Ryan.

“When I heard @POTUS was looking to see the benefits of the CHIPS & Science Act first-hand, I told him that the Hudson Valley was the perfect place,” Maloney wrote on Twitter on Wednesday. “I’m thrilled to host him in Poughkeepsie this week to celebrate the major wins and good-paying jobs we are delivering here in NY.”

The CHIPS and Science Act, which Biden signed into law in August, was a rare piece of legislation for which the president was able to win bipartisan support.

IBM’s $20 billion investment over the next decade is intended to bolster research and development and manufacturing of semiconductors, mainframe technology, artificial intelligence and quantum computing in New York’s Hudson River Valley, according to the White House.

“As we tackle large-scale technological challenges in climate, energy, transportation and more, we must continue to invest in innovation and discovery – because advanced technologies are key to solving these problems and driving economic prosperity, including better jobs, for millions of Americans,” said Arvind Krishna, IBM’s chairman and CEO.

The IBM investment comes on the heels of chipmaker Micron announcing earlier this week an investment of up to $100 billion over the next 20-plus years to build a plant in upstate New York that could create 9,000 factory jobs.

The boundaries of most New York districts, including Maloney’s and Ryan’s, have been affected by redistricting.

Ryan in August won a close special election to serve out the term of Democrat Antonio Delgado, who vacated his 19th District seat after he was appointed lieutenant governor by Democratic Gov. Kathy Hochul. Ryan is running to serve a full term in the 18th District, where he lives.

Maloney, who had served New York’s 18th District since 2013, decided to run in the 17th District. His Hudson Valley home fell inside the new boundaries after redistricting.

Later Thursday, Biden will head to central New Jersey for a fundraiser at the home of Gov. Phil Murphy in support of the Democratic National Committee. In the evening, he heads to Manhattan for a Democratic Senatorial Campaign Committee fundraiser hosted by James Murdoch, the son of conservative News Corp. publisher Rupert Murdoch.

Murdoch and his wife, Kathryn, a climate change activist, were major donors to Biden’s 2020 presidential campaign. In 2020, Murdoch resigned from the board of News Corp. amid differences over editorial content at his father’s company, which operates The Wall Street Journal and the New York Post. The elder Murdoch is also chairman of Fox Corp., which includes Fox News Channel.

While Biden has been kept at arms length by many Democratic candidates, he’s been a prodigious fundraiser for his party this election cycle, raising more than $19.6 million for the Democratic National Committee.

* Send us a news tip

Copyright © 2022 by The Associated Press. All Rights Reserved.