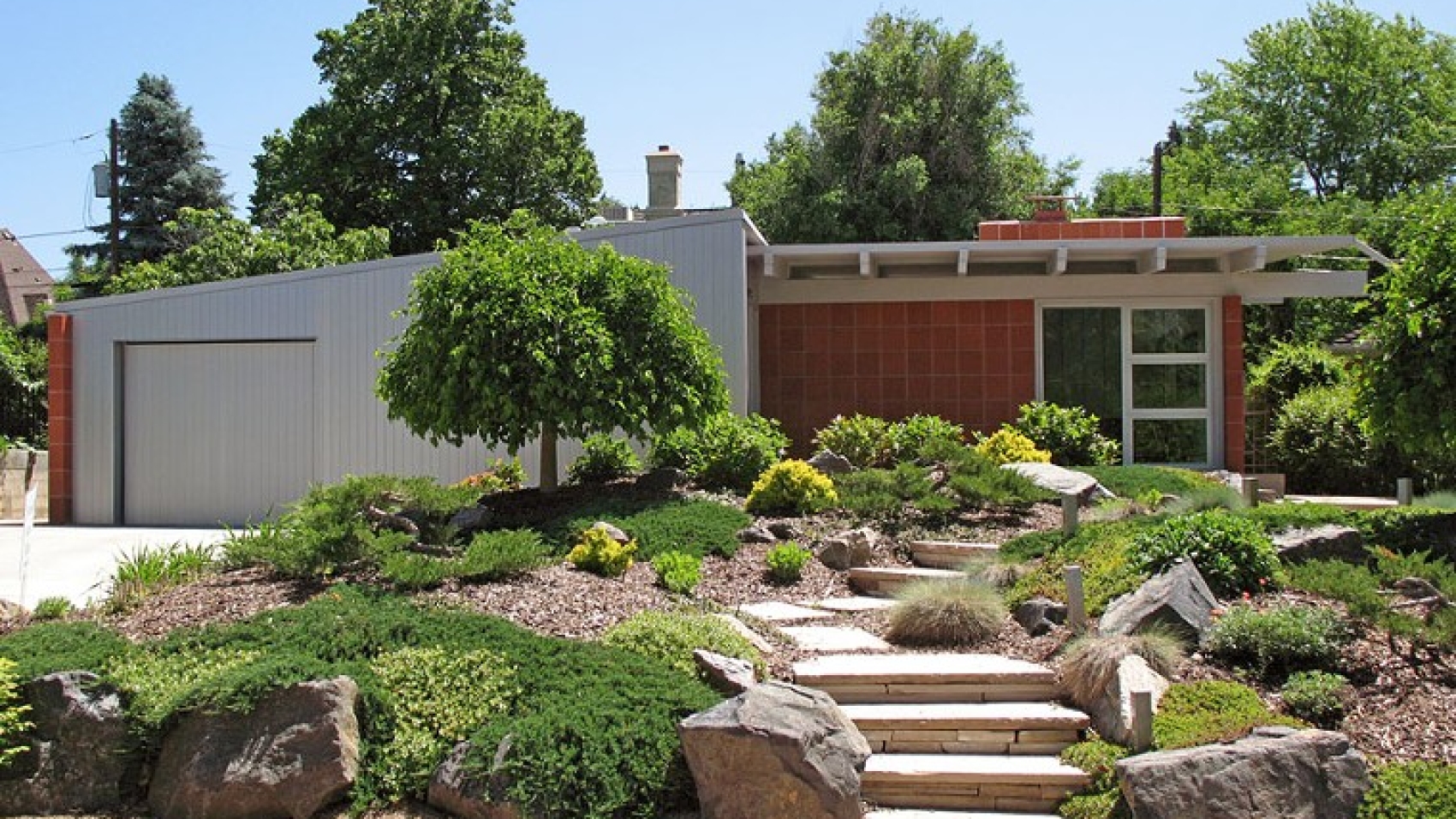 Richard Crowther, a green building pioneer, was a giant in Colorado’s modern architecture movement, and the residence he designed for himself and his wife, built in 1978-’79 at 401 Madison Street in Denver, is a masterpiece of both high-style formalism and environmentally friendly engineering. It is in the very top tier of the state’s architectural achievements, and among the state’s finest structures.

It’s also in danger of being demolished.

The vanguard style of the house — actually two units, with a caretaker’s apartment on the garden level —lends it the character of an abstract constructivist sculpture. There’s a dramatic conception of the formal elements, with deeply recessed windows and doors, and a lively skyline of wedges, slabs and barrels. It was constructed using cast-in-place reinforced concrete, accented by extensive areas of glass trimmed in metal. The walls were finished to absorb heat in some places and to repel it in others.

This incredible house, a de facto landmark in Cherry Creek North, was beautifully maintained for decades. But Crowther passed away in 2006, and as the house passed through various hands, it was neglected and vandalized. The worst damage is to the Crowther-designed eco-responsive landscape, which has been completely lost, as well as to some original finishes inside. Despite the predations of miscreants, though, the house is still structurally sound and has not been substantially altered — and given how well constructed it was in the first place, it is eminently restorable. 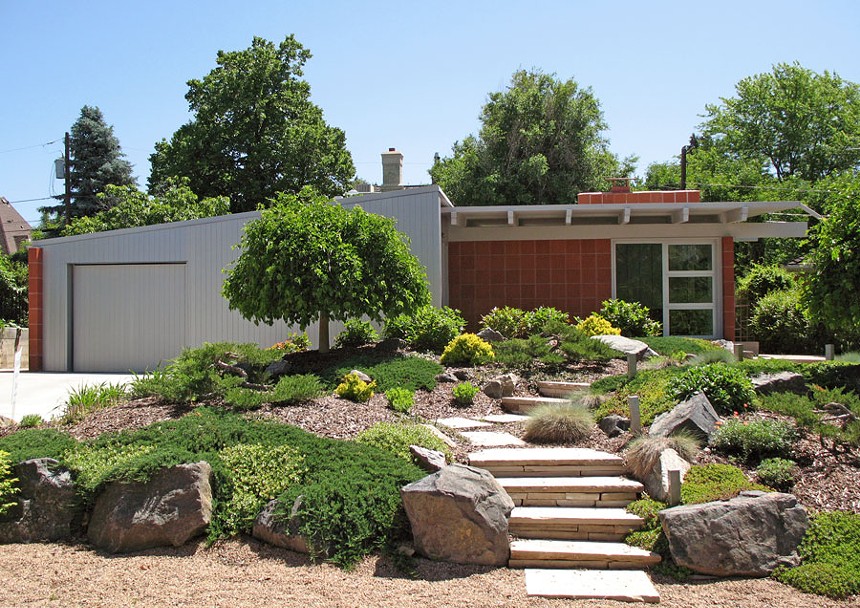 But in May the house was sold for $4 million — location, location, location — to MAG Builders, a developer that wants to knock down the building and replace it with four luxury duplexes. The new owners have erected a fence of doom around the place, adding insult to the injury of its current condition, and filed an application for Certificate of Demolition Eligibility with the city this summer.

Three citizens recently filed an application opposing any demolition with Denver’s Landmark Preservation Commission, however. They are architect Alan Golin Gass, who knew Crowther and sponsored his nomination as a fellow in the American Institute of Architects; Tom Hart, a fellow architect and member of the Historic Denver board of trustees; and Michael Hughes, who owns another of Crowther’s houses, which he restored. The three came together through Docomomo Colorado — a group dedicated to documenting the modern movement in architecture — and recognized that this house had to be saved. “This is a unique building that needs to be preserved,” says Gass.

The story of the house is the stuff of legend, touching not just on the cultural history of the Mile High City, but actually impacting international thought on the concept of building in harmony with the natural environment.

Crowther was born in Newark, New Jersey, in 1910 and moved to San Diego in 1931. There he designed neon signs and built his first environmentally enlightened house in 1936. He came to Colorado in 1948; his first design assignment here was creating the glitzy, Googie-style ticket booths and ride entrances at Lakeside Amusement Park, many of which still stand. 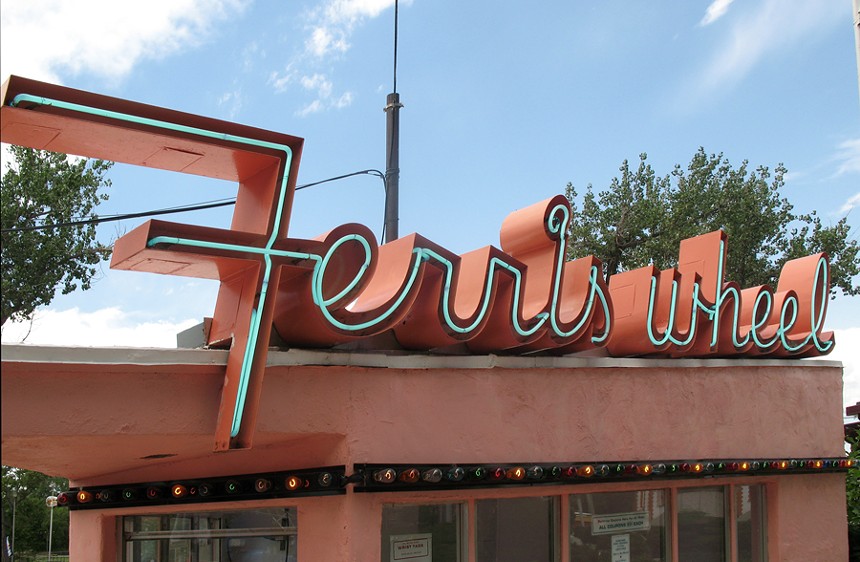 His architectural career really took off from the 1950s through the 1970s, when Crowther designed many residences in the area, especially in Hilltop and Cherry Creek North. He also found success with designs in the commercial realm — professional buildings, banks, grocery stores, department stores and theaters — constructed not just throughout the metro area, but around the country. The most renowned were his sleek, cylindrical Cinerama theaters, built for the Cooper Trust in Denver as well as St. Louis Park, Minnesota, and Omaha, Nebraska. Most of these buildings, including the Cooper theaters, have been lost to demolition. A few of his houses remain in Cherry Creek, along with such commercial buildings as the former Ginny Williams Gallery at 299 Fillmore Street, originally Crowther’s office and now the Modern Christmas Tree store. 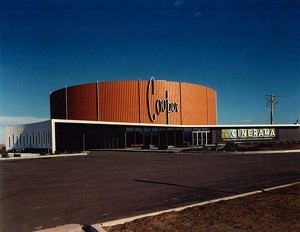 The Cooper Cinerama Theater, built on Colorado Boulevard in 1960-’61.

While his reputation as an architect was growing, Crowther simultaneously become an expert in the field of alternative energy and energy conservation; he was way ahead of the pack at a time when his environmental concerns were regarded as flaky. He was writing books and giving lectures at professional meetings and the Smithsonian, and was instrumental in mounting the first international solar energy confab: the Solar Heating, Cooling, and Energy Conservation Conference held in Denver in 1974.

As the culmination of all his success and expertise, Crowther built his house on Madison, which served not only as his residence, but also as his office and the site of various real-world experiments testing his still-radical ideas about energy.

Hughes visited Crowther there about a year before the architect died. “In this house, you can see in a physical form his ideas, since it was intended to be his research facility where he conducted experiments in heat conservation and solar energy,” recalls Hughes. “He saw what was coming decades before anyone else. He was looking at indoor air quality before the EPA even existed. He understood that traditional energy resources were finite, and we were using them beyond the planet’s ability to produce them. He was so ahead of us, and that’s what needs to be protected.”

The case for saving the house, which Hart prepared, is pretty much open-and-shut. To be eligible for landmark protection in Denver, a building needs to satisfy at least three criteria outlined in the guidelines, and the Crowther House satisfies four.

The co-applicants would like to see someone purchase the property with the intention of restoring the house as a luxury residence. In this neighborhood, the price point of $4 million makes that feasible, since the house immediately to the west was appraised at $7 million. Or perhaps a foundation devoted to environmental awareness could take on the place, turning it into a retreat or study model. After all, this house is the original “Earth Ship.” 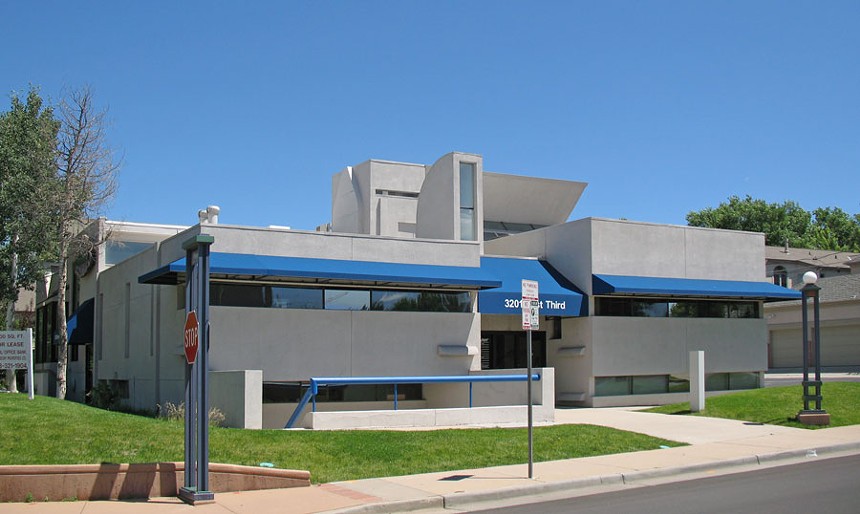 In any case, they want to see it saved. “Ninety-nine percent of the buildings up for demolition review are not even noticed, but this one has been,” says Hart.

The landmarking process requires that the commission do an objective evaluation of the property in question, and under the rules, the Crowther house should definitely qualify; there will be a hearing on November 1. But there’s a catch to the process: Once the commission approves landmark designation for a property, the nomination must still go to a final vote before Denver City Council, where such history- and community-minded efforts are often snuffed out.

Even without considering the green building innovations, this house is an architectural marvel and a true landmark in a city that, tragically, often recognizes them too late.