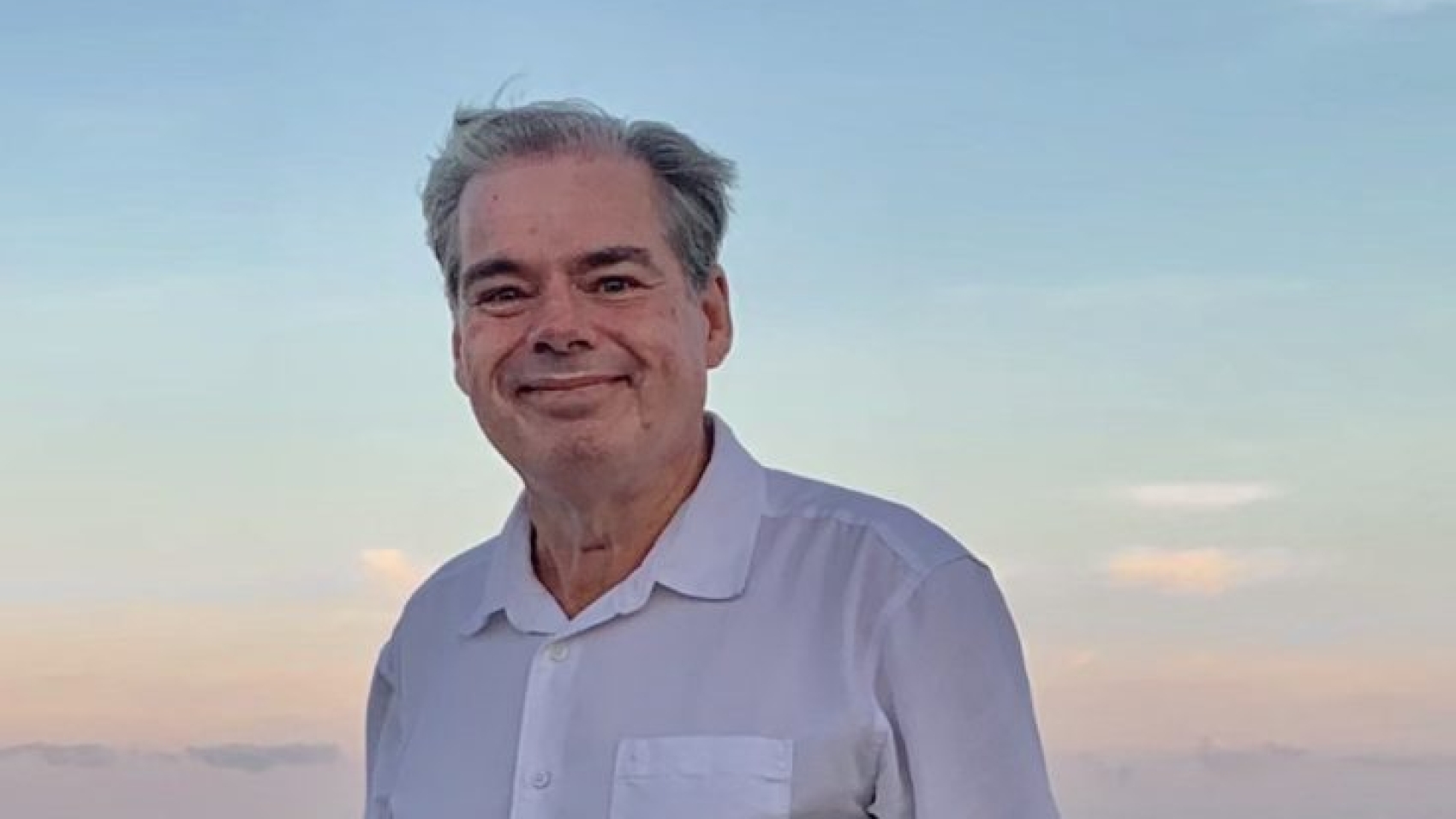 WILMINGTON — A downtown entrepreneur, whose hands were involved in many well-known restaurants and drinking establishments, as well as arts and entertainment venues over the last three decades, has passed away.

Ian Moseley died Oct. 4 from complications due to a 2017 kidney transplant; he was 55. His friends and family will host Moseley’s going away celebration at Bakery 105 on Monday, Oct. 17, at noon.

Revered for his big personality and infectious smile, Moseley’s business acumen for the food and beverage industry and a love for live theater leaves a footprint in the area. He opened establishments including Level 5, City Stage, Husk, YoSake, Fibber McGee’s, Dram and Morsel, Market Street Saloon, Slice of Life — “and many others I probably forgot about along the way,” Moseley told Port City Daily in March.

The Ivey, located in an alley across from the Blue Post, was Moseley’s last venture, having opened on St. Patrick’s Day.

“I can do a bar inside and out; I have a PhD in bars,” he said right after its opening.

Justin Smith — Moseley’s best friend and business partner in at least eight or nine projects throughout 20 years — said his friend had an eye for aesthetics, blending old with new, creating experiential places to dine and drink. He also had a way of making sure the businesses remained convivial and promoted camaraderie among patrons.

“I don’t know how you would necessarily define success,” Smith said, “but if I could put my finger on it, I’d say it’s putting a lot of heart and soul into Wilmington. That was always the end-goal.”

Shortly after opening the alleyway bar earlier in the year, Moseley was admitted in and out of the hospital due to complications with his kidney. Partners Steve Gaconnier and Mike Webber kept up daily operations of The Ivey. Yet, even while confined to regulatory nurse check-ins, Smith said Moseley monitored the establishment as much as he could from afar.

“I gave him updates and reports every Monday,” Smith said.

Smith and Moseley first met in 1994 at The Wave Hog Saloon. Moseley opened the bar at 12 Dock St. — currently housing Wilmington Distillery — with friend Dan D’Allasandrio. D’Allasandrio said he hired 21-year-old Smith for security after briefly meeting him at the Wave Hog.

“He was so well-mannered and just a great guy from the beginning,” D’Allasandrio said. “And that’s how I hire a lot of people — within 5 or 10 seconds, you know where somebody’s heart is. Same thing can be said about Ian and Tanya.”

D’Allasandrio said he met Moseley and his then-girlfriend, Tanya Wilman, in Key West. Both D’Allasandrio and Moseley worked at the Hog’s Breath Saloon, the inspiration behind opening Wave Hog in Wilmington.

The two, both originally from New Jersey, heard of a small up-and-coming coastal town in North Carolina that would be perfect for an investment opportunity. Wildman remembered the two business partners traveling up for vacation and upon returning Moseley saying, “Pack your bags, we’re moving.”

“We met through a mutual friend,” Wildman recalled. “I remember thinking when I met Ian, ‘Who is this larger-than-life guy?’”

His presence was big and so was his quick wit and big heart. “He would tear up at the littlest things — like sad, happy commercials and stories,” she said.

Moseley married Wildman in 1997 on Wrightsville Beach. “It was a true Scottish wedding with men wearing kilts and bagpipes playing,” Wildman remembered.

They also had a wedding celebration at Wave Hog.

The bar was up and running five years before D’Allasandrio and Moseley veered into other ventures by the late ‘90s. D’Allasandrio built Reel Cafe and Moseley started Slice of Life’s flagship restaurant downtown, at 122 Market St., the corner of Market and 2nd streets where Fork ‘n’ Cork is now located.

“But we still remained friends,” D’Allasandrio said. “Ian and Tanya were the first people to welcome my first child into the family. They showed up with a big teddy bear and all smiles.”

By the early 2000s, Ray Worrell was working for Moseley at Slice of Life. Worrell had been a part of the downtown restaurant scene since the late ‘80s and said when Moseley and D’Allasandrio opened Wave Hog, he could count on two hands the number of bars and restaurants downtown.

“Many people say that in a lot of small cities in the country that have been revitalized,   the first thing that typically happens is you get the bar and restaurant scene going,” Worrell said. “Ian and Dan were a part of that.”

Worrell and Moseley ran an amusement operation together, putting bar games, jukeboxes and pool tables in various establishments. They grew the business and sold it within a few years, and by 2003 Worrell, who always wanted to own a pizza shop, had saved enough capital to take over Slice of Life.

Moseley’s first restaurant lives on in the city, as Worrell has expanded Slice into four operations serving the greater Wilmington area.

“Ian had a real talent for walking into a space and recognizing it would work in Wilmington, then shaping and molding it into his own,” Smith said.

“These are all blank canvases,” Moseley told PCD in March.

While the food and beverage industry was Moseley’s passion, his love for the arts also prevailed. Moseley was a driving force behind City Stage, launched with Smith in 1999. Before founding the alternative theater group in a historic theater on Front Street, Moseley helped finance shows for Cosmic Theatre Productions — Smith’s first theater company.

Smith’s second show was “Marvin’s Room,” with a plotline centering on caretaking of family members with cancer. Moseley had recently lost his mother to the disease, Smith remembered.

“He gave me $2,500,” Smith said. “He was so very proud of that show and to have Wave Hog sponsor it. He brought the entire Wave Hog staff, purchased all the tickets, for them to see it. And that really started our game in theater. Ian had a deep appreciation for the arts.”

It propelled a 25-year run with City Stage, located at 21 N. Front St. The group often gained rights to shows that weren’t being staged otherwise in the area.

Moseley’s favorite, according to Smith, was David Sedaris’ “Santaland Diaries,” which became a holiday tradition in town for actors. It centers around Crumpet the elf — a downtrodden worker in Macy’s Santaland during the holidays, who humorously recounts all the capitalistic, repugnant behaviors of human kind in a 45-minute monologue. It was played by a different actor annually; Smith, standing 6-feet-9-inches tall, took on the role in 2009.

“We did everything together,” Smith said of Moseley. “On family vacations, usually after we’d had a couple of drinks, he would make me recite the last four minutes of ‘Santaland’ because he loved it so much and he loved a good cry. He would badger me until I did it. He always said, ‘It warms my heart.’ That’s just kind of the guy he was.”

Moseley was president of City Stage and helped launch over 100 productions, until he sold it in 2016, the year he fell ill and needed a liver and kidney transplant.

Smith, Fauber and Wildman, along with Moseley and Wildman’s son Aidan, all rallied around him. Wildman said she will never forget the look on the doctor’s face in Chapel Hill after the transplant operation ended.

“He said, ‘You are his wife?’ We were still legally married at that time but separated for a while, and I said ‘yes.’ Then he looked at Landon and asked ‘And who are you?’ and Landon said, ‘I am his girlfriend.’ The doctor said, ‘Wow he is one lucky man!’ It was a running joke at the hospital that we were sister wives. Ian always loved to introduce us as his wife and girlfriend.

“They loved to golf together and watch football,” she said, adding that Aidan always brought Moseley his biggest joys in life.

“He was very special,” Wilman added. “I will miss talking to him two or three times a day whether it be about our son, business, politics. He always offered to help me if I needed something and I still remain part of his family even after we were no longer together.”

Moseley met Fauber while taking Aidan to school at Forest Hills Elementary; their children were in kindergarten and first grade at the time.

“He had a beaming smile on his face and it was so apparent how proud of a father he was,” Fauber said.

Aidan started his first semester at Appalachian University in the fall. While Wildman said living through the illness with his father has allowed everyone time to come to terms with Moseley’s illness, the loss isn’t any easier. But it made the moments more treasurable. In lieu of flowers, a college fund has been started for Aidan in Moseley’s memory.

Smith said Moseley helped plan his going away celebration with Wildman and Fauber during his last days. It will include live and recorded music, featuring tracks by his favorite musicians — Jimmy Cliff, Bruce Springstein and Annie Lennox.

“He also was a goofball,” Smith said. “So Kid Rock will be on there.”

Eulogies are planned and a reception will take place afterward with hor d’oeuvres and Slice of Life pizza served.

“Too often, people wish away their days, waking up on Monday and counting down the days until the weekend,” Fauber said. “When Ian and I started living together a few years ago, every day was Friday for us and not a single day was taken for granted. One of the last things I did was thank Ian for making me a better person and showing me true love.”

Have comments or tips? Email info@portcitydaily.com

Want to read more from PCD? Subscribe now and then sign up for our newsletter, Wilmington Wire, and get the headlines delivered to your inbox every morning.