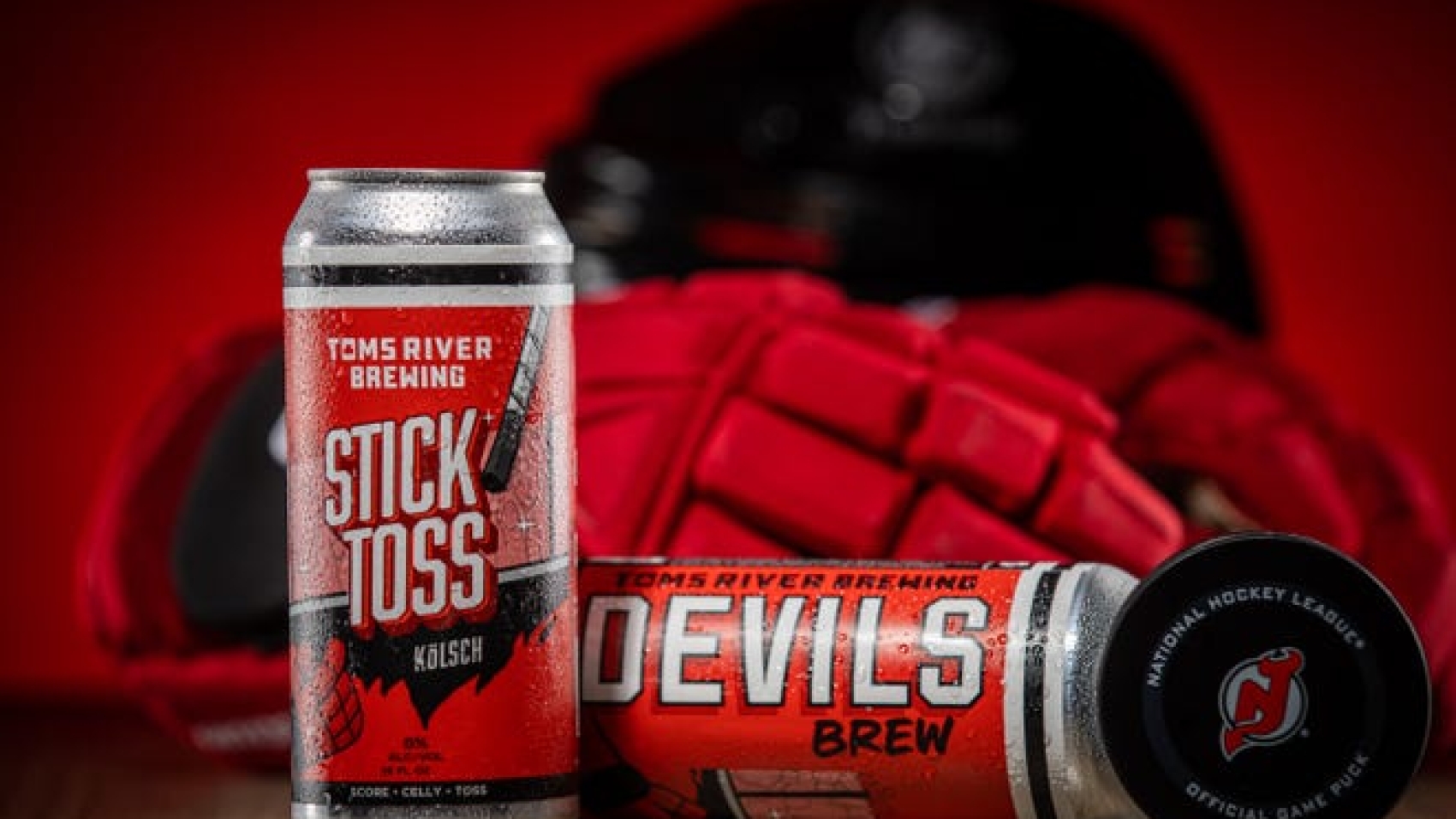 A bit of Jersey Shore flavor is coming to the Rock.

Ocean County craft brewery Toms River Brewing and the New Jersey Devils have joined forces for a three-year partnership that includes a specialty beer that will be available starting with the 2022-23 season home opener on Saturday, Oct. 15, at the Prudential Center in Newark.

Toms River Brewing, which launched in 2018, is the first Garden State brewery to officially partner with the team, according to Friday’s announcement. To commemorate the relationship, Toms River Brewing created Stick Toss, a 5% ABV Kosch-style ale.

Stick Toss will be available at the arena, colloquially known as the Rock, and will eventually make its way to liquor stores across the state.

“We’re beyond excited to be partnering with the New Jersey Devils,” Toms River Brewing owners James Mulligan and Augustin Isernia said in a statement. “We foresee a very bright future ahead between our organizations. It is a unique opportunity to give back to the fans, and we’re very honored to have both of our teams working together.”

For subscribers:Take a first look inside Fort Monmouth’s new brewery, Birdsmouth Beer, before it opens

The Devils will also host two official viewing parties at the brewery during this season with a Devils alum in attendance — dates and details will be announced in the coming weeks, according to the team.