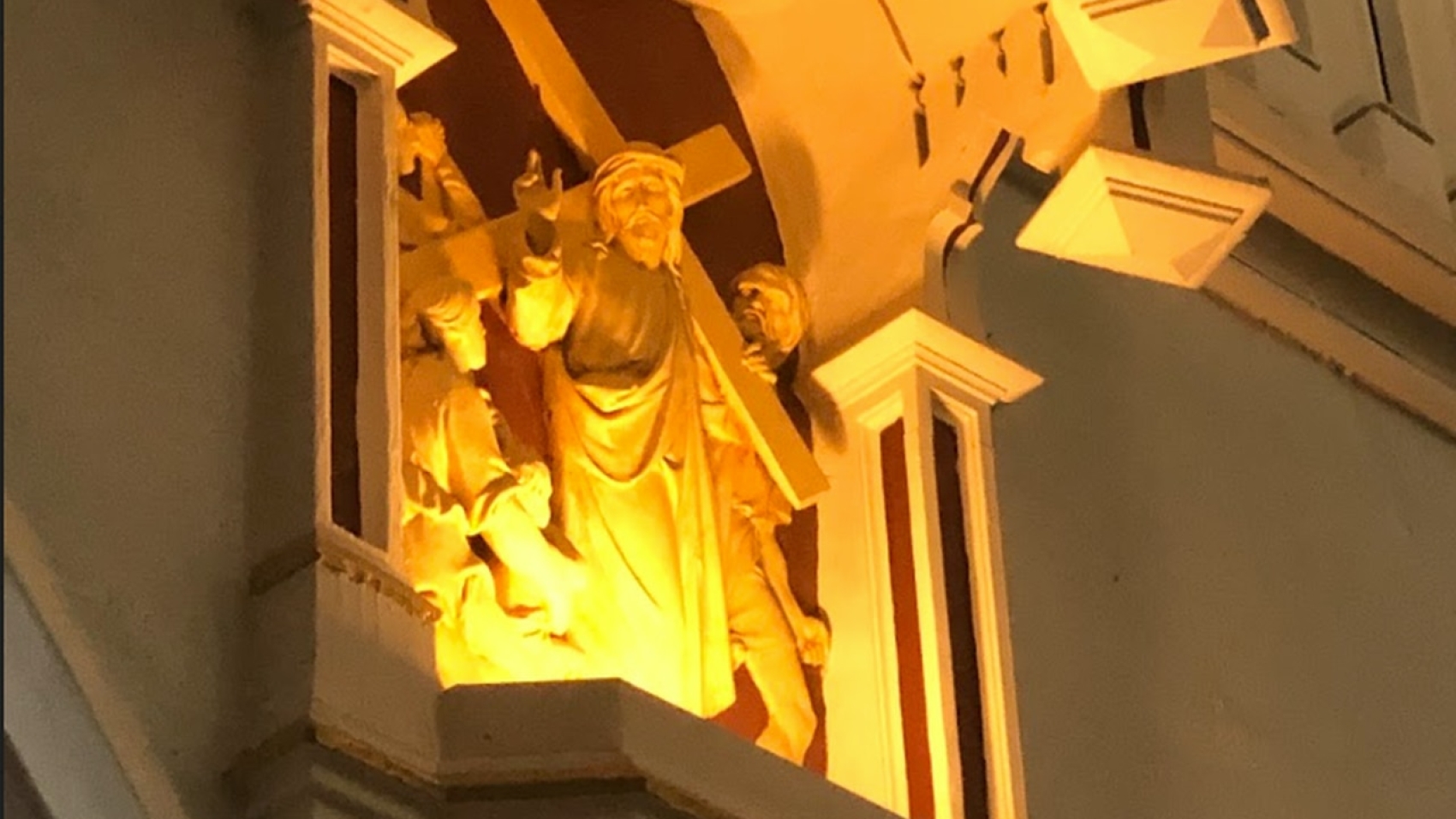 Just blocks from the boardwalk of one of the Jersey Shore’s most visited beaches, the Holy Spirit Church towers over Asbury Park as a vestige of another age.

Almost as old as the city itself, the 142-year-old Catholic church is the oldest in the Trenton Diocese and is filled with stained glass, marble statues and elaborately carved stations of the cross.

Earlier this year, it appeared the now-unused church might be demolished to make way for a cluster of single-family townhomes with elaborate roof decks looking out toward Asbury Park’s beach. But, the local planning board shot down the idea in August by rejecting the developer’s application.

That saved the 19th century church. But for what? The church’s supporters, developers and local officials say the future of Holy Sprit Church remains unclear and may be headed for a fight in court.

The church’s precarious position has brought renewed attention to an absence of local ordinances protecting historic structures in Asbury Park, a city residents say has already lost too much history as more developers move in to build luxury buildings and houses along its famous beach.

The Holy Spirit Church, founded in 1879, was built in a late Gothic-revival style. When it opened its doors in 1880, the church was a bustling place of worship for the increasing number of Catholics settling near the Jersey Shore. Holy Spirit also operated a rectory, convent and its own school for grades K-8 in a building behind the church.

In 1980, the Holy Spirit School closed due to shrinking enrollment. The building, sold by the Diocese of Trenton, was converted into a 16-unit residential apartment building in 2005, records show.

Parishioner numbers also began steadily decreasing. Mass attendance at Holy Spirit Church dropped 45% between 1990 to 2010, according to the Trenton Monitor, which reports on the Diocese of Trenton.

Behind the scenes, the Diocese of Trenton, which oversees the parish, was also facing financial problems and difficult decision about combining parishes.

New Jersey’s other four Catholic dioceses — the Archdiocese of Newark and the dioceses of Metuchen, Paterson and Camden — have all faced financial hardship in recent years, brought on by the COVID-19 pandemic, clergy sexual abuse lawsuits and settlements reached through the New Jersey Independent Victims Compensation Fund.

Holy Spirit Church’s pastor, Rev. Miguel Virella, announced in late October 2021 that the church would be closing and the building would be sold. De Seno said alumni and the community-at-large was shocked.

In letters sent to parishioners, Virella said the sale of the property would allow the parish to pay all its debts and complete renovations at Our Lady of Carmel Church on Asbury Avenue, which combined with Holy Spirit to form Mother of Mercy Parish in 2014.

Last summer, residents learned the Asbury Park Planning Board was holding a hearing to review an application submitted by Mountain View Developments, a subsidiary of JLD Investment Group, to demolish the church on Second Avenue and subdivide the property into six lots.

When residents turned up at local meetings to ask officials how a building with such rich history could be at risk of demolition, many were surprised to learn the building had no designation that protected it from being purchased and bulldozed.

“The Holy Spirit Church property is not listed on the National and N.J. Register of Historic Places, nor is it identified by ordinance as a local historic property,” said historic preservation architect Daniel Lincoln, who was asked by Mountain View Developments to write a report on the historic status of the church. His report is available on the city’s planning board website.

But even if the Holy Spirit Church was listed on the historic register, it still wouldn’t be safe because in Asbury Park “there are no restrictions on private property owners who own listed buildings,” Lincoln said.

Asbury Park has no specific ordinances related to the protection of historic properties and has not created a Historic Preservation Commission to review changes to historic buildings, he explained.

The former Palace Amusement building, a historic structure that housed an indoor amusement park, is among the historic structures that have been demolished in the city. Only the iconic “Tillie” mural on the building’s exterior was saved.

The planning board rejected the application submitted by Mountain View Developments in a 4-2 vote on Aug. 1, but the decision didn’t necessarily save the Holy Spirit Church.

The vacant building in legal limbo. Despite the planning board vote, Mountain View is proceeding with the purchase of Holy Spirit Church, according to church officials.

“The contract with JLD Investment Group LLC and Mother of Mercy Parish (which oversees the Holy Spirit Church) is still in effect,” said Rayanne Bennett, a spokeswoman for the Diocese of Trenton.

“No further details will be provided until the sale is complete,” said Bennett.

Mountain View has 45 days from Sept. 12, when the planning board passed its resolution of denial, to challenge the decision in court, said Irina Gasparyan, administrative secretary for the city’s department of planning and redevelopment.

It’s an unfortunate predicament, said Elisabeth Wendel, the listing’s real estate agent. She said the buyer’s original plan was to use the original Holy Spirit Church structure and turn it into housing.

“Their main basis is to maintain the integrity of that church, refinish it, and make it into townhomes. They don’t want to tear down the structure. It is not what they want to do,” Wendel said.

When asked why the developer submitted an application to demolish the church to make way for single-family houses, Wendel said city officials had previously rejected Mountain View’s plans to put condominiums in the church with affordable housing units.

So, the developer decided to submit a plan to demolish the church, “which they’re allowed to do, but don’t want to do,” Wendel said.

But that plan to build single family houses on the site was rejected, too.

Joseph Hanna, co-founder and president at Mountain View, said he could neither confirm nor deny whether there would be a legal challenge to the planning board’s decision.

“While it would be tragic to demolish another landmark in Asbury Park, the fact is that there is currently no review process, or ordinance to prevent this private property owner from doing so,” Lincoln said.

“Sometimes demolition like this is necessary to galvanize the local government into taking some definitive action to prevent further historic destruction,” he added.

When asked if there are plans to update the local land use ordinances to include the protection of historic properties, Asbury Park Mayor John Moore said he had “no comment, at this point in time.”

Several planning board members, including President Barbara Krzak, expressed interest in addressing the protection of historic buildings in town.

“Unfortunately, it does take applications like this to spark a movement — also for our citizens to work with our government to say ‘OK, what happens to the next one? How can we prevent it from happening and make the ordinances for historic preservation tighter?’” Krzak said.

Nobody knows Jersey better than N.J.com. Sign up to get breaking news alerts straight to your inbox.

Jackie Roman may be reached at jroman@njadvancemedia.com.