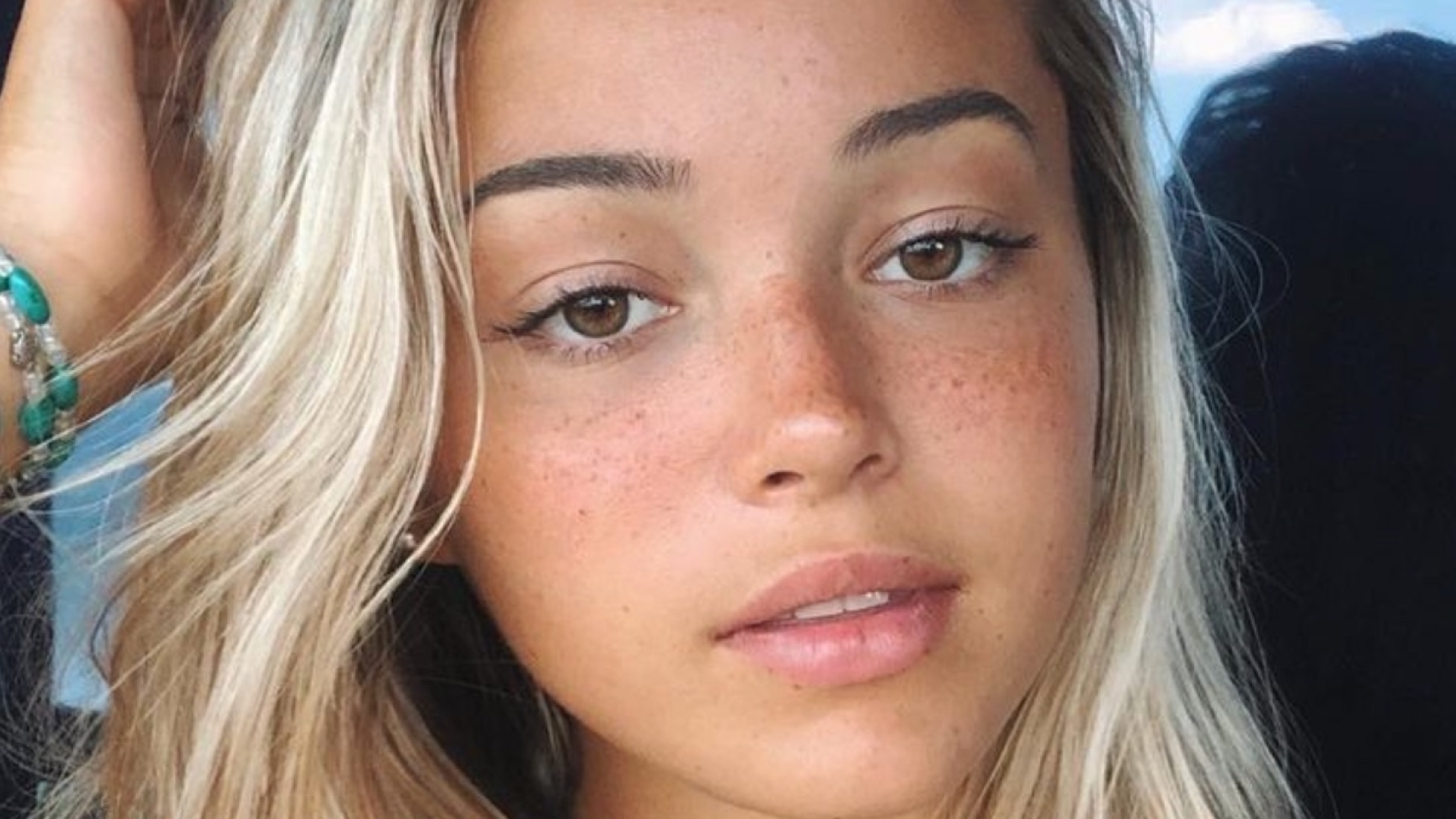 Livvy Dunne is back in black and sharing the moment with her massive following of TikTok fans.

The immensely popular gymnast took to her TikTok, where she has enjoyed a sizable following.

Although she just turned 20 years old this month, the famous gymnast has made quite a name for herself on and off the mats.

Livvy has been in Louisiana, where she attended Louisiana State University and competed on their NCAA team.

But as October came around, the beauty enjoyed a short break from academics and competitions. Unsurprisingly, she returned to the Northeast for a girls’ night out in New York and a return to her native New Jersey.

Luckily for fans, she documented the moment with a sultry and cute social media share, to the delight of her followers.

The video began with Livvy lip-synching a message that corresponded with her life. She placed her hands on her hips and revealed her white manicured nails.

Livvy looked at the camera and mouthed, “Tell a friend to tell a friend. She’s bacccck!”

Livvy was glowing with her straight blonde hair parted down the middle and falling past her shoulders.

She wore a black outfit with a leather skirt highlighting her toned gymnast legs.

The beautiful gymnast smiled and walked toward the camera in a skintight black dress with her signature confident attitude.

The caption revealed what she meant with the phrase, “She’s back,” as her hashtags told she was in New Jersey.

Although Livvy hails from Hillsdale, New Jersey, the northeast state was not the backdrop of many of her early social media posts that became popular.

Livvy was one of the first athletes to take advantage of the NCAA NIL clause, which allowed college students to use their names and likenesses for monetary gain.

When the 2020 COVID-19 pandemic began, the blond beauty quarantined in Florida. She revealed that the sunny beaches of the Sunshine State offered her the best backdrop to create content.

Olivia told the NY Post, “I was quarantined in Florida, and I just started making content at the beach, doing flips and filming it. My videos started to get on the ‘for you’ page [on Instagram] a lot more, so more people saw them.”

She added, “Then I went to LSU and the Louisiana following — they’re the best.”

At just 20 years old, Livvy has her whole life ahead of her, and it will be exciting to see what she does next.