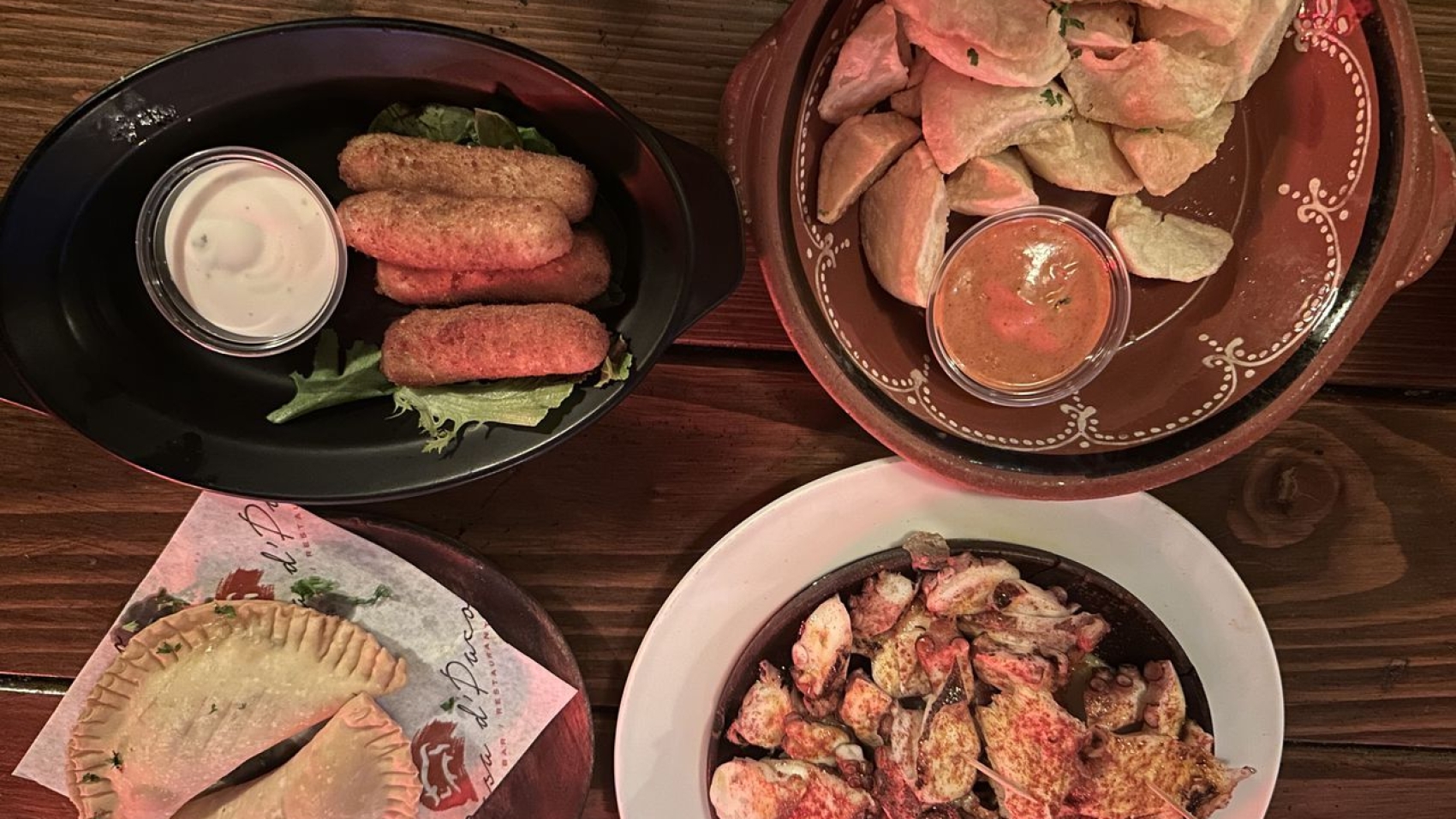 The dish originating from Valencia, Spain is the country’s national dish, and while that crowd-pleasing skillet comes in many varieties, four core ingredients remain the same: chicken, rice, saffron and vegetables.

Cooking paella requires exceeding skill and patience, especially as most recipes call for turning up the heat in the last few minutes of cooking to achieve a socarrat: a caramelized crust formed at the bottom layer of the rice.

With its large Spanish and Portuguese populations, Newark is home many of the state’s (if not the country’s) best paellas — and Yelp agrees, naming Casa d’Paco as serving the best paella in New Jersey.

That’s a big claim considering the mecca of authentic Spanish food that is the Ironbound. Naturally, I had to try it — and talk to the folks who cook it. Owner Angel Leston opened Casa d’Paco in 2015, naming the restaurant after his father who inspired him to open the restaurant.

“My father (Paco) had been a chef for a long time working at multiple restaurants around Newark, Spain and on merchant ships,” Leston said. “I grew up around him cooking up good meals and I always visited him at restaurants.”

Since then, Casa d’Paco has been offering authentic cuisine from Spain complete with a tapas bar, traditional fish and beef dishes, and of course, their paella Casa d’Paco – his father’s original recipe.

Their paella is loaded with proteins: chicken breast, chorizo, lobster, clams, shrimp, squid and mussels — an epic combination. Though I was surprised that their paella didn’t feature the typically requisite socarrat, but instead more liquid. While paella purists might scoff, the extra moisture enhanced the dish, keeping the meats juicy and bursting with seafood flavor.

The secret to Casa d’Paco’s paella is in the scratch-made broth, Leston said.

“We make it fresh every morning with lobster shells and fish heads. We boil all that and we get a seafood stock that is the killer that makes the paella have that seafood taste that it has.”

Leston also noted chef and customers alike must be patient to get the paella just right. Servers are told to let diners know the dish takes 40 minutes to make. If they want some quicker eats, order the patatas bravas (fried potatoes with their homemade spicy aioli sauce) or the croquetas de jamón iberico (iberian ham croquettes).

Other preferable paella purveyors in the Ironbound include longstanding Fornos of Spain and Spanish Tavern.

But having previously worked in a Spanish restaurant myself and sampling piles of paella, I must concur with Yelp — this was best paella I’ve had in New Jersey. I was never a fan of the dry and crusty socarrat anyway – I’ll take the Casa d’Paco style instead, where the dish is succulent, tender and infallible.

Please subscribe now and support the local journalism YOU rely on and trust.