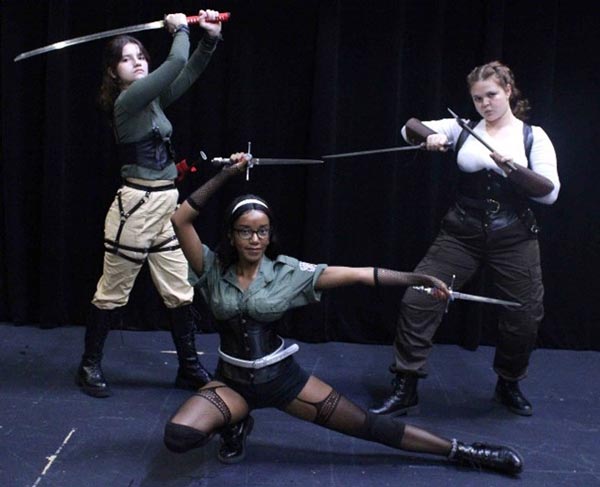 (HACKETTSTOWN, NJ) — Centenary Stage Company’s NEXTStage Repertory presents Living Dead in Denmark by Qui Nguyen from November 3-7, 2022. Performances will take place in the Sitnik Theatre of the Lackland Performing Arts Center of the Centenary University campus.  When the dead walk…you run! Living Dead in Denmark is an action-adventure/horror sequel to Shakespeare’s Hamlet.

Set five years after the events of the original, the undead have risen to power and are trying to take over the world, led by the zombie lord and true king of Denmark. Fortinbras, assembling a formidable opposition, has resurrected the corpses of some of the greatest women Shakespeare had to offer: Lady Macbeth, Juliet, and a very angry Ophelia. A clash of the undead titans ensues! Using Hamlet as a jumping-off point, Qui Nguyen throws in martial arts, horror movies, pop songs, puppetry, and comic books in this new play.

Centenary Stage Company remains committed to the health and safety of our community and adheres to all requirements set forth by the Stage of New Jersey. For more information regarding CSC COVID-19 policies and policy updates, visit centenarystageco.org/faq