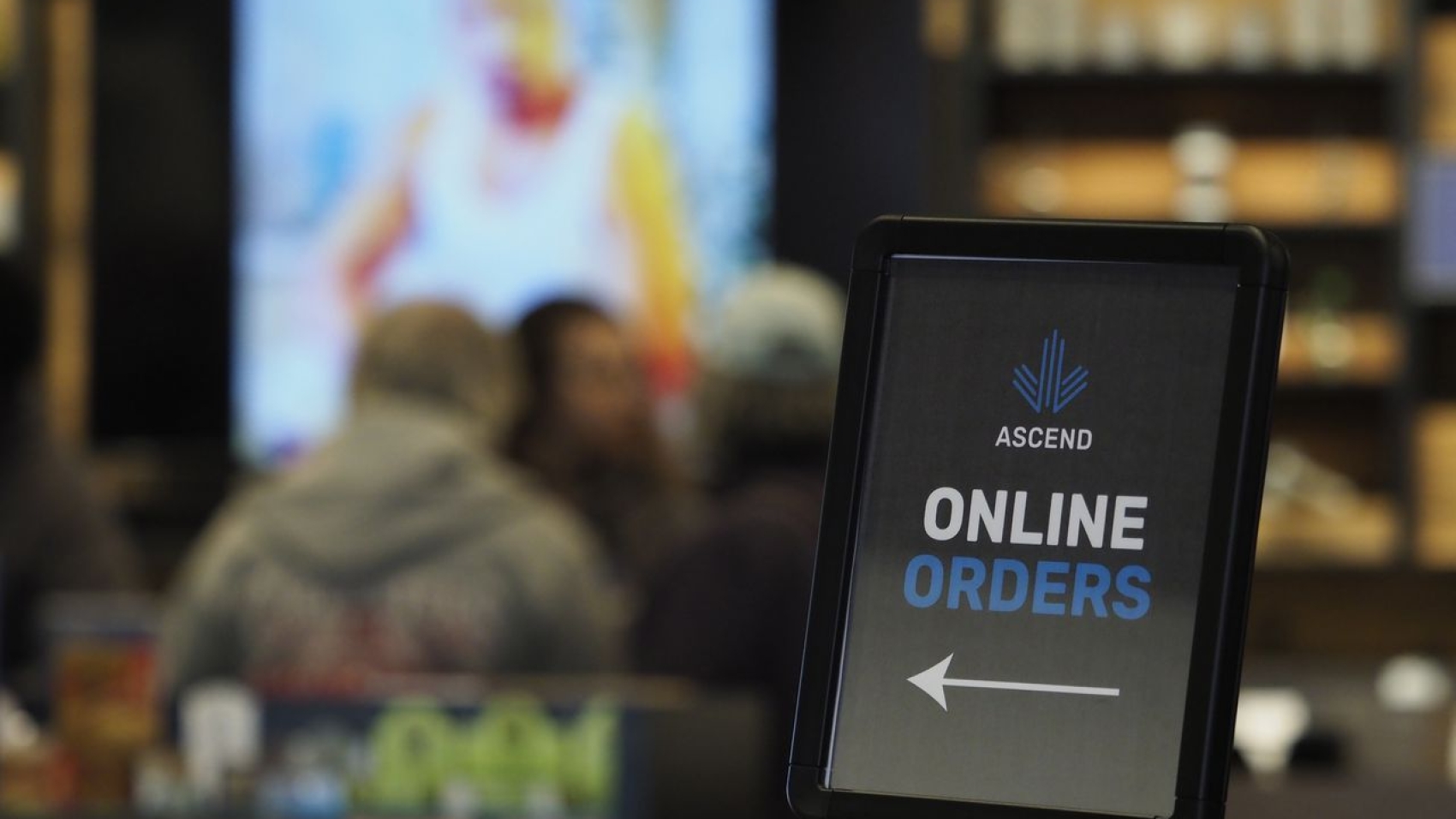 Ascend Fort Lee will be open for recreational weed order pick-ups on Thursday, NJ Advance Media has been told exclusively by the multi-state operator that owns the dispensary.

This dispensary received its site approval from the Fort Lee Planning Board late Monday, the last step the firm needed to begin adult weed sales and become the 21st store in New Jersey to offer recreational adult weed.

Consumers can order online at letsascend.com starting Wednesday, Nov. 16, and can pick up on appointment-only basis at the Fort Lee store beginning this Thursday, said Caitlin Fleishman, Vice president of Public Affairs for Ascend.

Ascend had already received state approvals from the New Jersey Cannabis Regulatory Commission months ago to expand to adult weed sales at the 461 West Street location. The dispensary, located in a former Staples store, began selling medical marijuana on Aug. 12.

After Thursday’s soft launch, an official grand opening is scheduled for Saturday, Nov. 19. Currently, the store will only offer on-line pick ups, but Fleishman said the dispensary could eventually open to the public for walk-in traffic.

Ascend Fort Lee will be the company’s flagship location in New Jersey and its third dispensary to open. The company also has stores in Rochelle Park and Montclair.

“Ascend Fort Lee is a uniquely positioned flagship location, only a 9-iron away from the George Washington Bridge, which will greet existing medical patients and incoming recreational consumers with exceptional product and service,” said Frank Perullo, interim co-CEO, president, and co-founder of Ascend Wellness Holdings.

“The team has been preparing and gearing up for the highly anticipated start of adult-use operations at New Jersey’s closest dispensary to New York City,” Perullo said during the call on Thursday.

Fort Lee’s proximity to the New York border is significant as the Empire State is still on track to open the first of its recreational marijuana dispensaries by the end of the year, barring any additional delays. New York is expected to compete with New Jersey for adult weed buyers in the northernmost counties, like Bergen.

Adult recreational weed sales in New Jersey generated $79.7 million in total sales between April 21 and the end of the fiscal year on June 30, according to the state Cannabis Regulatory Commission. The state’s cut was $4.65 million in tax revenue.

On Monday the CRC announced it was hosting a second round of three virtual meetings to listen to public suggestions on how funds raised from fees and fines of legalized adult weed should be used for social equity projects as stated in the new cannabis law. The first of three Social Equity Excise Fee (SEEF) hearings was held Tuesday, Nov. 15, for South Jersey. The hearing for Central Jersey is on Wednesday, Nov. 16, and for North Jersey on Thursday, Nov. 17, both starting at 7 p.m. Similar regional hearings were held in the spring.

“New Jersey has always been incentivized (from a tax perspective) to maximize the amount of time that its adult-use program is operational prior to the launch of the New York market,” said cannabis attorney Robert DiPisa of Hackensack-based Cole Schotz.

“What I think will play into New Jersey’s favor is the fact that New York has already experienced some hurdles with the launch of its program,” including funding for its social equity cannabis investment fund and litigation matters, said DiPisa.

So far, 20 locations have sprung up throughout New Jersey that are all owned and operated by Multi-State Operators, including Ascend. The most recent store to open was Curaleaf Bordentown on Nov. 1.

Our journalism needs your support. Please subscribe today to NJ.com