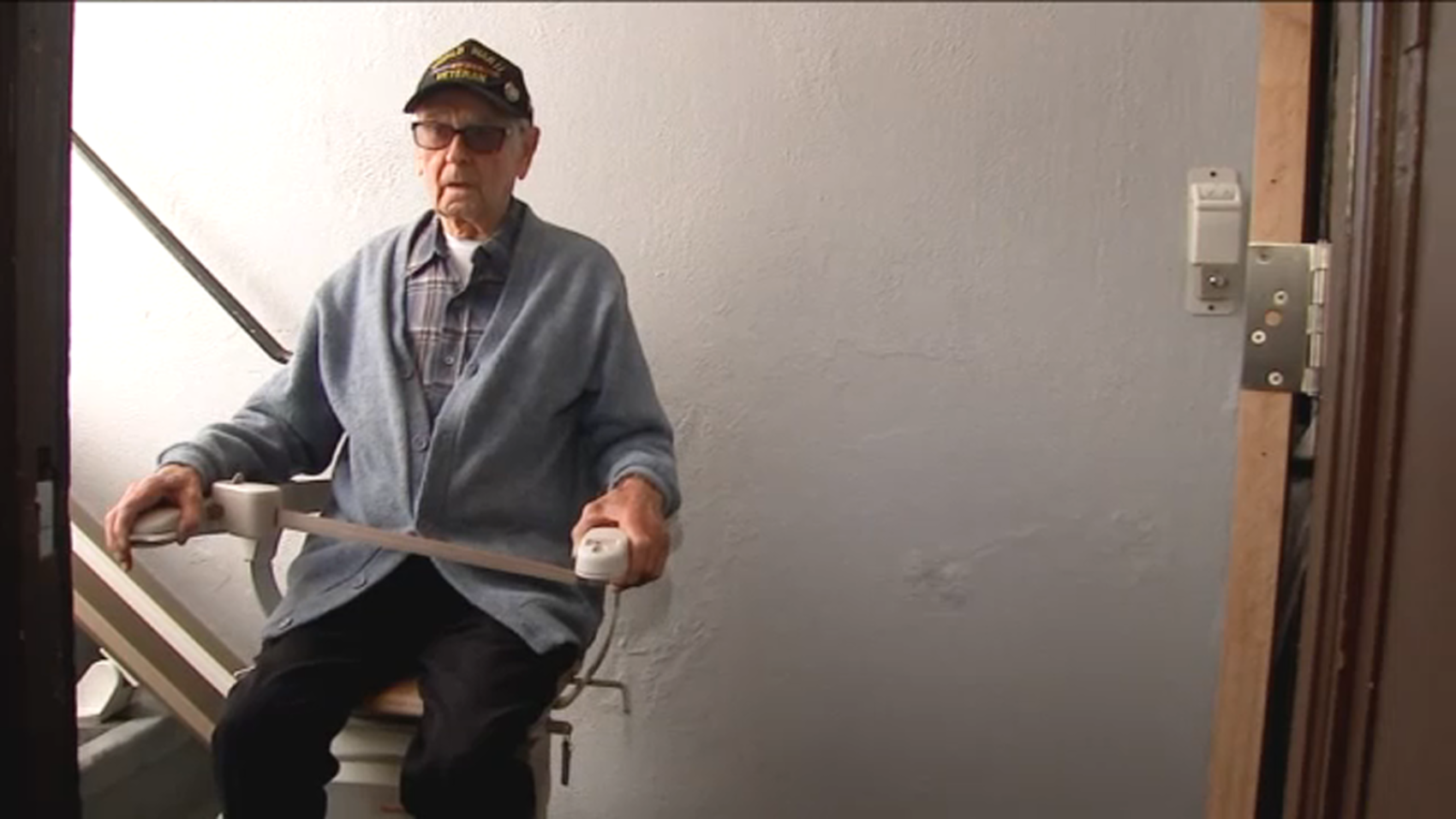 LITTLE FALLS, New Jersey (WABC) — Veterans Day was recognized in ceremonies, large and small, all around the Tri-State area including in Little Falls, New Jersey.

On Friday, members of the American Legion including World War II, Korean, and Vietnam War vets helped raise the flag to honor those who served.

But members of American Legion Singac Memorial Post 108 were recently fighting a new battle, to get chairlifts to help members access their club.

“I can barely walk, maybe I can make it up those steps but I can’t make it down those steps,” said Peter Sacco, a Vietnam War veteran and member of the American Legion.

They were facing a blockade, two sets of stairs making it nearly impossible to move around their building for many of their older members.

A local charity, Homes for Veterans, caught wind of it and reached out to 7 On Your Side for help and The Gym in Englewood pitched in.

Francesca DiPaolo and her late father started Homes for Veterans out of his Harrington Park home as a way to give back. He died recently from COVID but his daughter keeps fighting.

Francesca DiPaolo the CEO of Homes for Veterans said “we love the elderly veterans, we love the pre-9/11 veterans who — most of them fall through the cracks.”

The stair project fell right into their mission since the steps are so dangerous it prevented them from accessing the bar, their meeting rooms and bringing in new members.

Trainers at the Englewood gym donate sessions and classes and sell swag for soldiers every year around Veterans Day and give back the proceeds to military-related causes.

Juan Pla will train clients for 24 hours straight this weekend, giving back 100% of the proceeds.

“I’ve seen the work that Homes for Veterans does and there are times when I feel like I can do more,” Pla said.

Their lifting helped lift the vets, making sure no one was left behind because of a disability.

World War II Navy veteran John Chaplain was the test pilot for the first chairlift installed with the funds raised so far.

“Adopt A Soldier Platoon,” another New Jersey-based non-profit, announced it will match the gym’s donations up to $10,000 for the big stair lift.

“God bless them, that they’re doing it to have more people like them,” Chaplain said.

You can help ‘Homes for Veterans’ with a donation or check out any of the participating charities.

Do you have an issue with a company that you haven’t been able to resolve? If so, 7 On Your Side wants to help you!