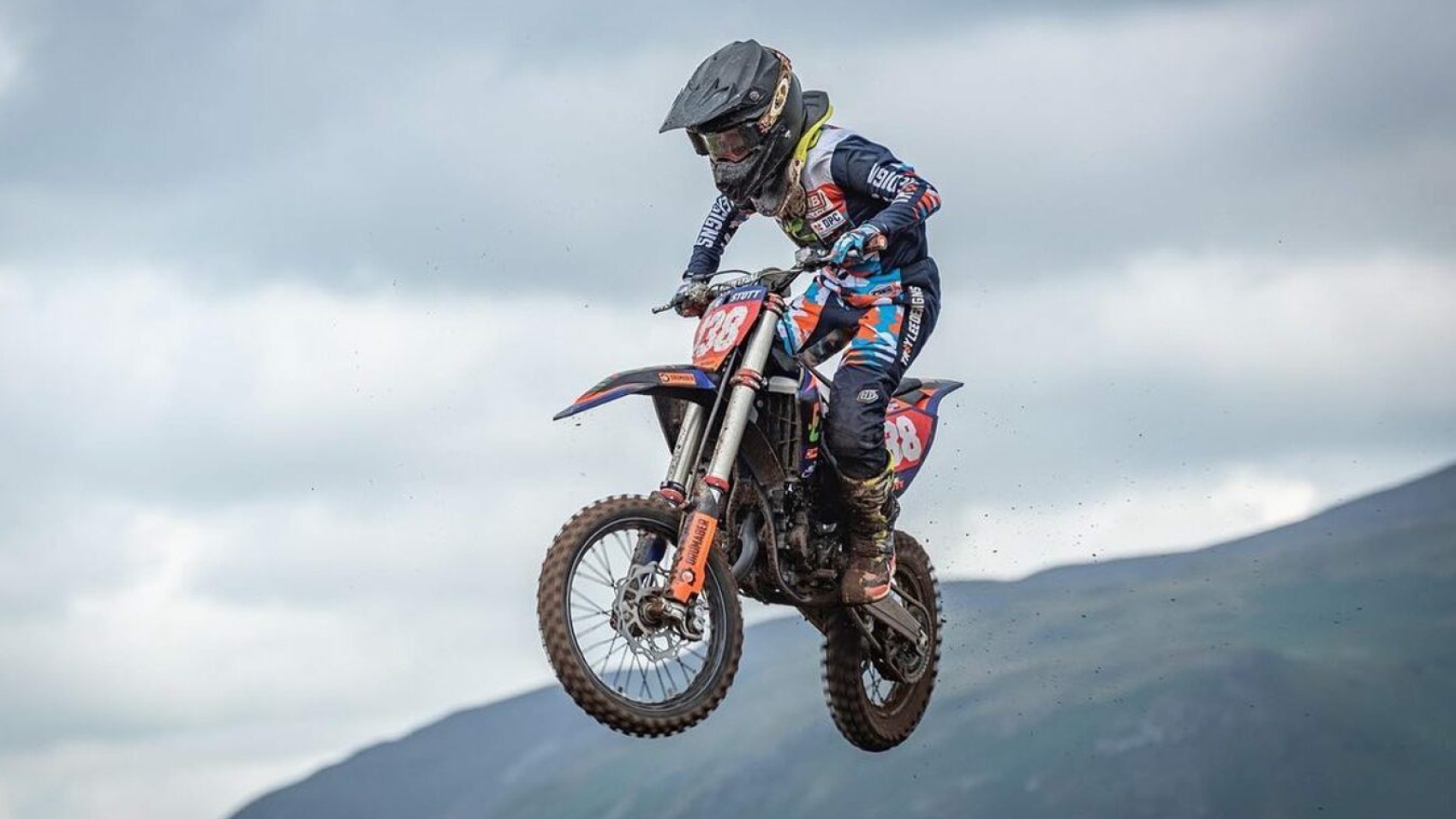 An Aberdeen schoolboy is gearing up to take part in a major motocross event in the city next month.

Alfie Stott, from Bucksburn, started riding at just four years old after receiving a bike for his birthday.

“I’ve been racing ever since,” he said. “My grandad used to race so I’d go to watch him sometimes. And, I watch it on TV as well. There’s not much motocross in the UK so most of it comes from the USA.

“I love the adrenaline, and going away and seeing all my friends at races.”

This year, the 12-year-old won the 2022 GMCC Championship in the S/W 85 class and was able to add yet another trophy to his collection.

The whole family, including 16-year-old sister Chloe and mum Jemma, travel around the UK in their motorhome so he can take part in motocross events – meeting lots of other sport fans on the road.

His dad, Peter Stott, said: “Alfie’s class up here is ok, but it’s nothing compared to England. He has about 20 boys in his class but it’s double down there.”

Gearing up for Arenacross at P&J Live

The 12-year-old’s next challenge will be racing in the 85cc supermini class in Arenacross at P&J Live next month where he will be one of the youngest racers in his class.

Mr Stott hopes the event will inspire more youngsters to take part in the sport.

He said: “The event will be different to motocross as it’s all inside the arena.

“Once people see what it involves I think they’ll be more open to it. To get more kids involved, people need to be aware it is happening.”

The Arenacross event will be riding into Aberdeen for the first time on January 28 and 29 as part of its UK tour.

Racers as young as seven will be taking part across different classes – 65cc, big and small-wheel 85cc, Futures/Rookies and Pro 250/450 and the Freestyle Motocross gang.