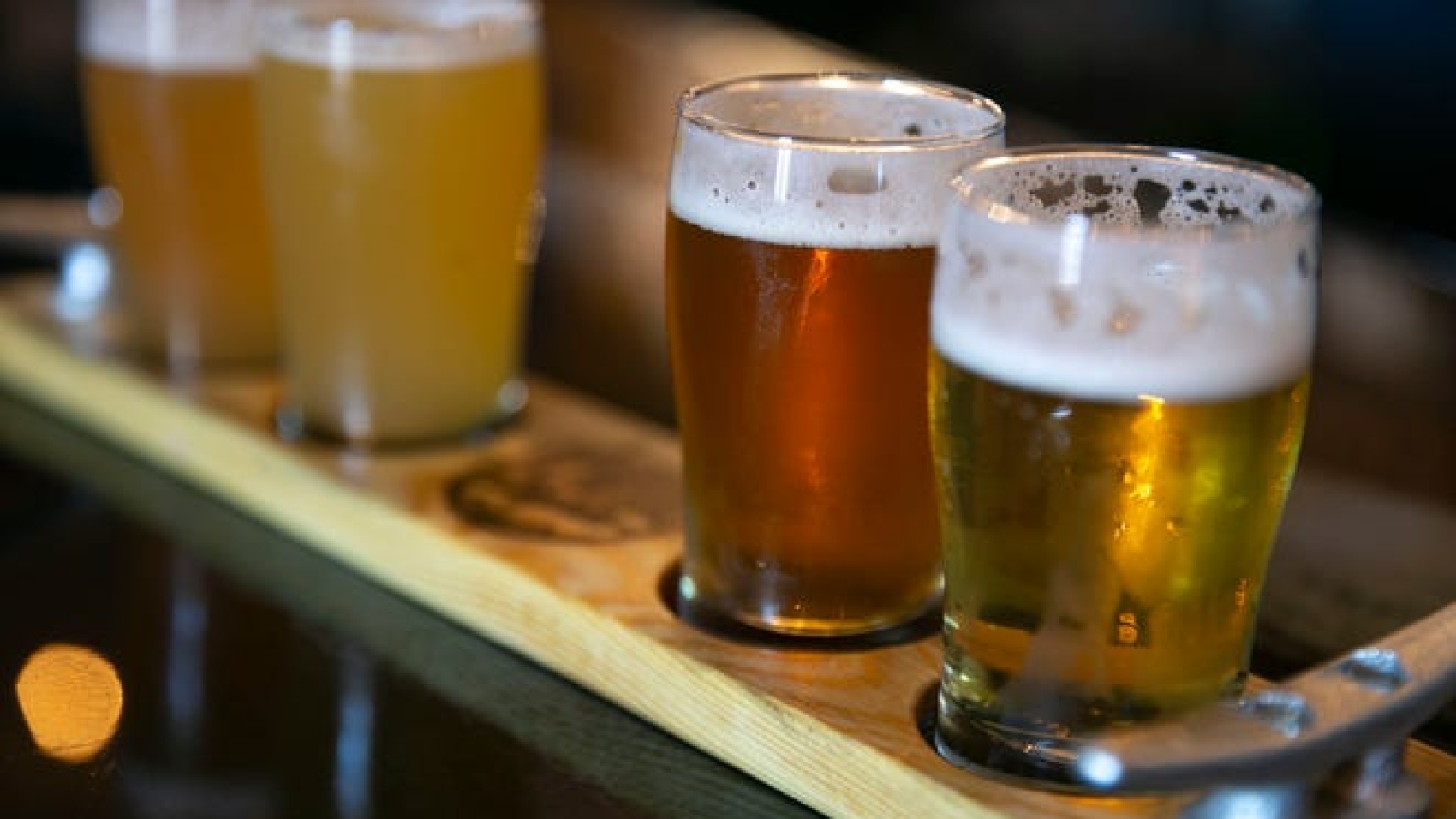 Want to ring in the new year but don’t feel like waiting until midnight to do so? Twin Lights Brewing has you covered.

The craft brewery, which opened in Tinton Falls earlier this year, is closing out 2022 with an Irish New Year’s Eve party starting at 5 p.m. Saturday.

Taking part in a tradition previously observed by the former Clancy’s Tavern in Neptune, Twin Lights’ festivities will be happening on Irish time — meaning the ball drops at 7 p.m. our time.

The party runs until 10 p.m., and there will be live music by the Daily Rituals.

Here are other things to do at the Jersey Shore to ring in 2023:

NYE with the Culture Collective in Asbury Park

Visit Laylow on New Year’s Eve from 6 p.m. to 2 a.m. to experience the last night of the special “SleighLow” Christmas cocktail pop-up bar. Your $50 ticket gives you access to the bar, and includes a choice of two signature cocktails and a champagne toast at midnight.

Then stop by Reyla for the “Annual New Year’s Day PJ Brunch” starting at 11 a.m. Put on your pajamas to enjoy music by DJ Chris Spirito, great bites and $25 bottles of bubbly. Visit sevenrooms.com/reservations/reyla for reservations.

What a Wonderful Year at the Wonder Bar

The What a Wonderful Year music festival plays the Wonder Bar in Asbury Park on Thursday and Friday, with 20 acts performing each night.

The fun starts 4:30 p.m. Thursday at Transparent Clinch Gallery, 210 Fifth Ave., with a special reception, including red carpet photo opportunities and a chance for ticket-holders and members of the public to mingle with performers.

Organized by Telegraph Hill Records and launched in 2017, What a Wonderful Year will raise funds for the Asbury Park African-American Music Project and The Project Matters.

Festival sponsor Last Wave Brewing of Point Pleasant Beach has revived What a Wonderful Beer, its commemorative, crushable and hoppy 5% ABV amber ale for the occasion.

Go: What a Wonderful Year, 7 p.m. Thursday and Friday, Wonder Bar, Fifth and Ocean Avenues, Asbury Park. Advance tickets, $20 per night or $35 for a two-night pass, are available at the Stone Pony box office, 913 Ocean Ave., as well as via Ticketmaster or from any of the performers; whatawonderfulyear.com.

More:7 new restaurants opening at the Jersey Shore in 2023

Red Bank-born, Highlands-raised filmmaker, podcast impresario and renowned orator Kevin Smith will be rolling the credits on 2022 at his SModcastle Cinemas in downtown Atlantic Highlands.

A New Year’s Evening with Kevin Smith will find the “Clerks” auteur hosting a question-and-answer session with the audience starting at 10 p.m. Saturday night, and we expect the man who gave the world Silent Bob to talk his way into 2023.

There’s still time to get some steps in before the end of the year.

The run along the Manasquan beachfront will be followed by a buffet at Leggett’s. Proceeds will support the Belmar/Lake Como Saint Patrick’s Day Parade and Chef Lou’s Army.

Here’s a countdown for the whole family; Nickelodeon Universe theme park at the American Dream complex in East Rutherford hosts a Noon Year’s Eve Party on Saturday, with the all-ages fun starting at 11 a.m.

The inaugural event will include character meet-and-greets, selfie opportunities, rides, a DJ and more fun.

One Big Party at Bally’s

The Yard, an indoor/outdoor beer garden-style hotspot at Bally’s in Atlantic City, hosts One Big Party on Saturday night.

Tickets, $75, include open bar and hors d’oeurves from 9 to 11 p.m., followed by a cash bar and beer specials. Stealing Savannah will be keeping the live music going.

It’s never too early in the year for some good jams.

Local scene-maker and harmonica maestro Sandy Mack is wrangling together a top-flight crew of area players to kick off 2023 on Sunday afternoon at Salty’s Beach Bar in Lake Como.

The core band is expected to feature Kevin Hill of Secret Sound, Jon Schepis of Fungkshui, Matt Alach of Desert Jellies, and Kevin Cooper, Brian Abrecht and Mack of the Holy Tokers, as well as special guests.

Parts of this story have previously been published.

Gabriela Laracca contributed to this story.