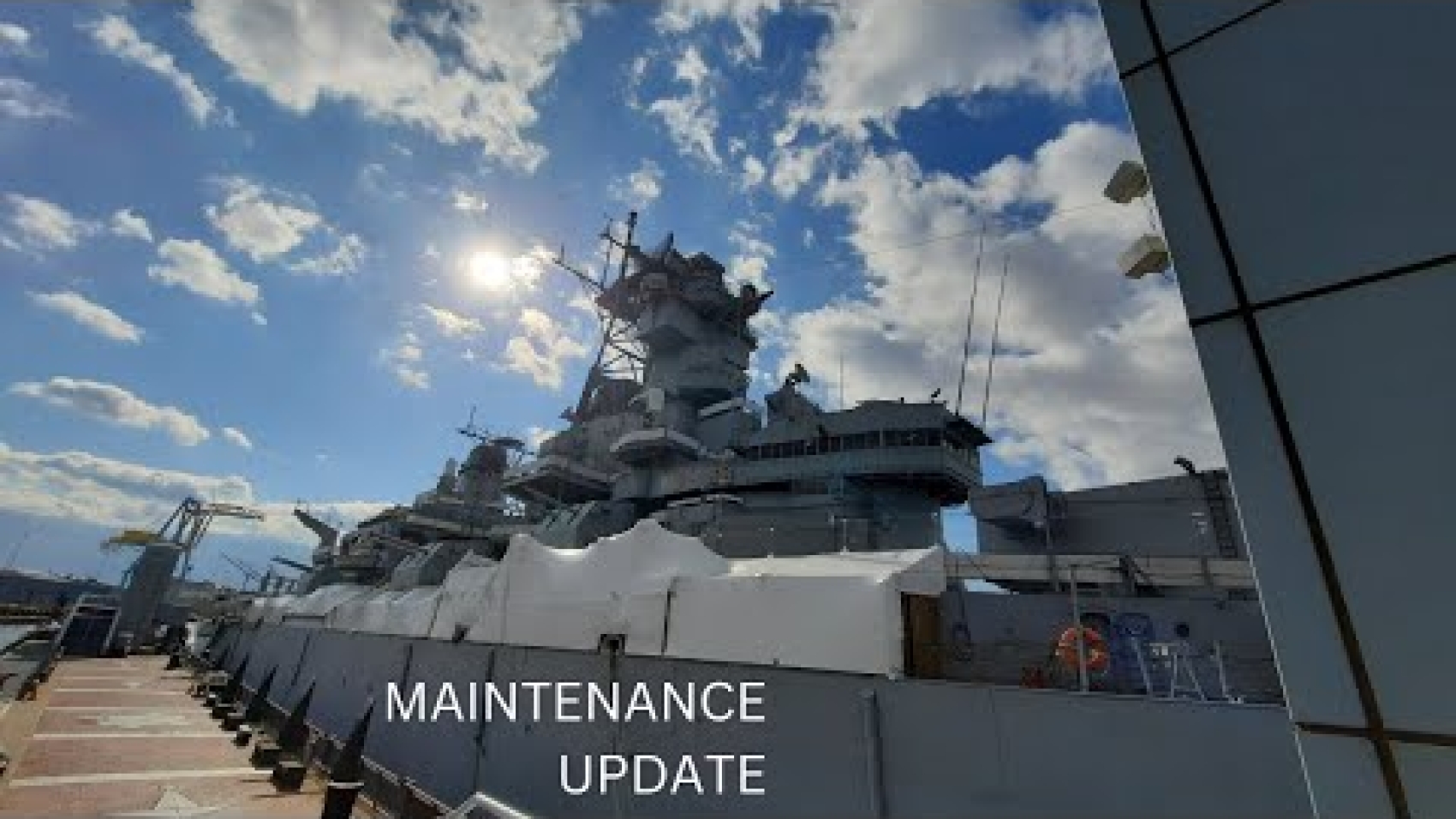 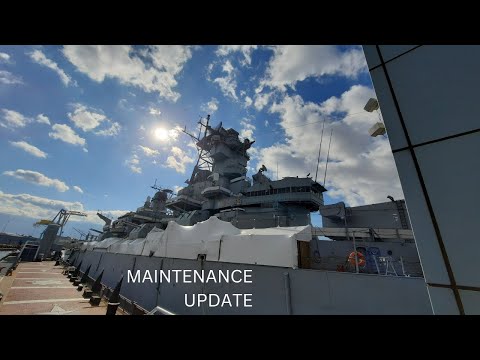 In this episode we’re talking about a few different maintenance project we’re working on right now.

To get your own piece of the deck:
https://www.battleshipnewjersey.org/product-category/teak/

To hear more about the deck project:

For our video on tank soundings:

For our video on Missouri’s Donut Shop:

To support this channel and Battleship New Jersey, go to:
https://www.battleshipnewjersey.org/videofund 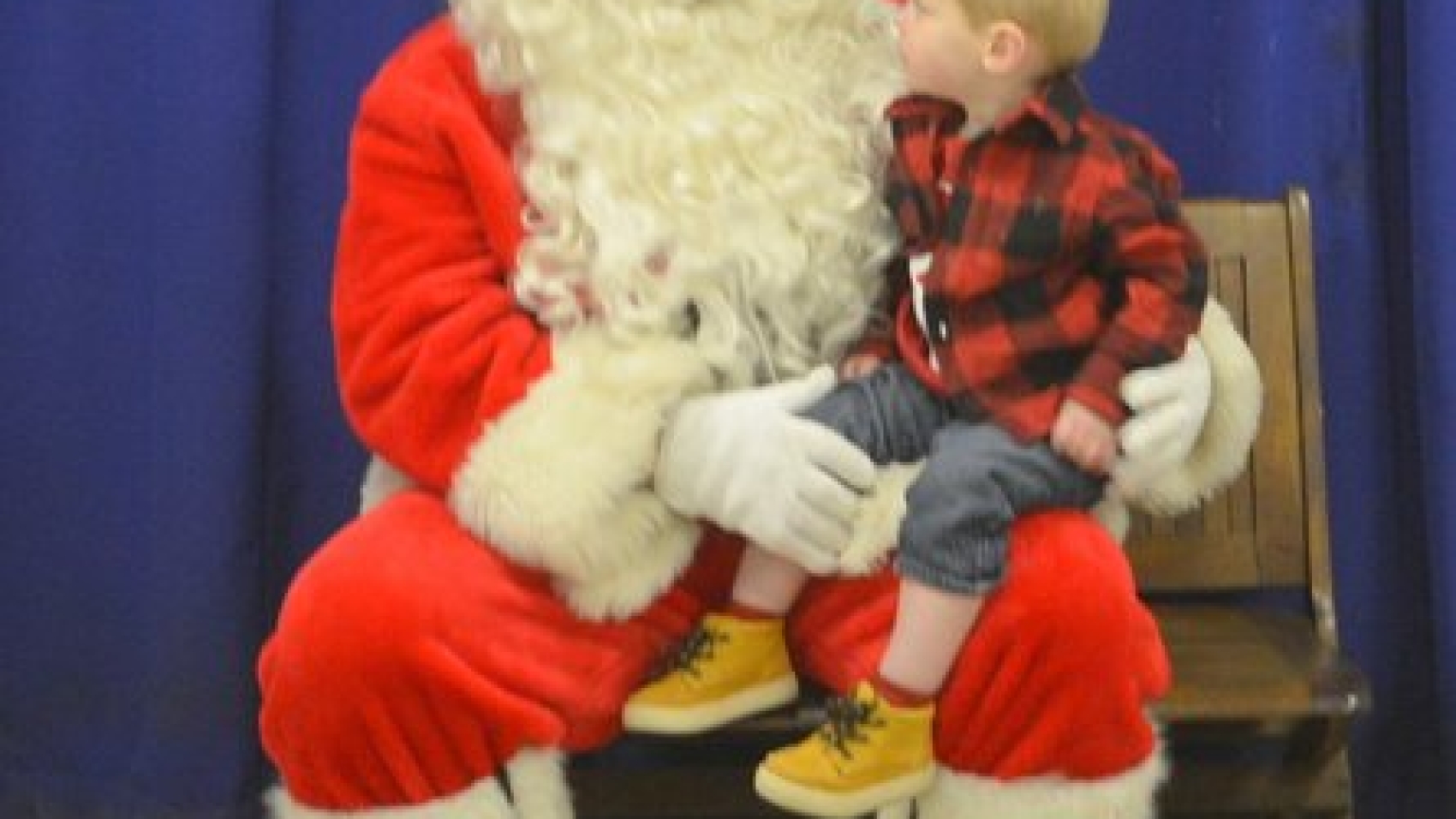 Ksids can get their photo taken with Santa as part of the Battleship’s Breakfast with Santa, Saturday, Dec. 17 at 9am. Tickets are $24 for kids under 12 & $28 for adults. Active military families just $15 per person. Battleship members get a 20% off. 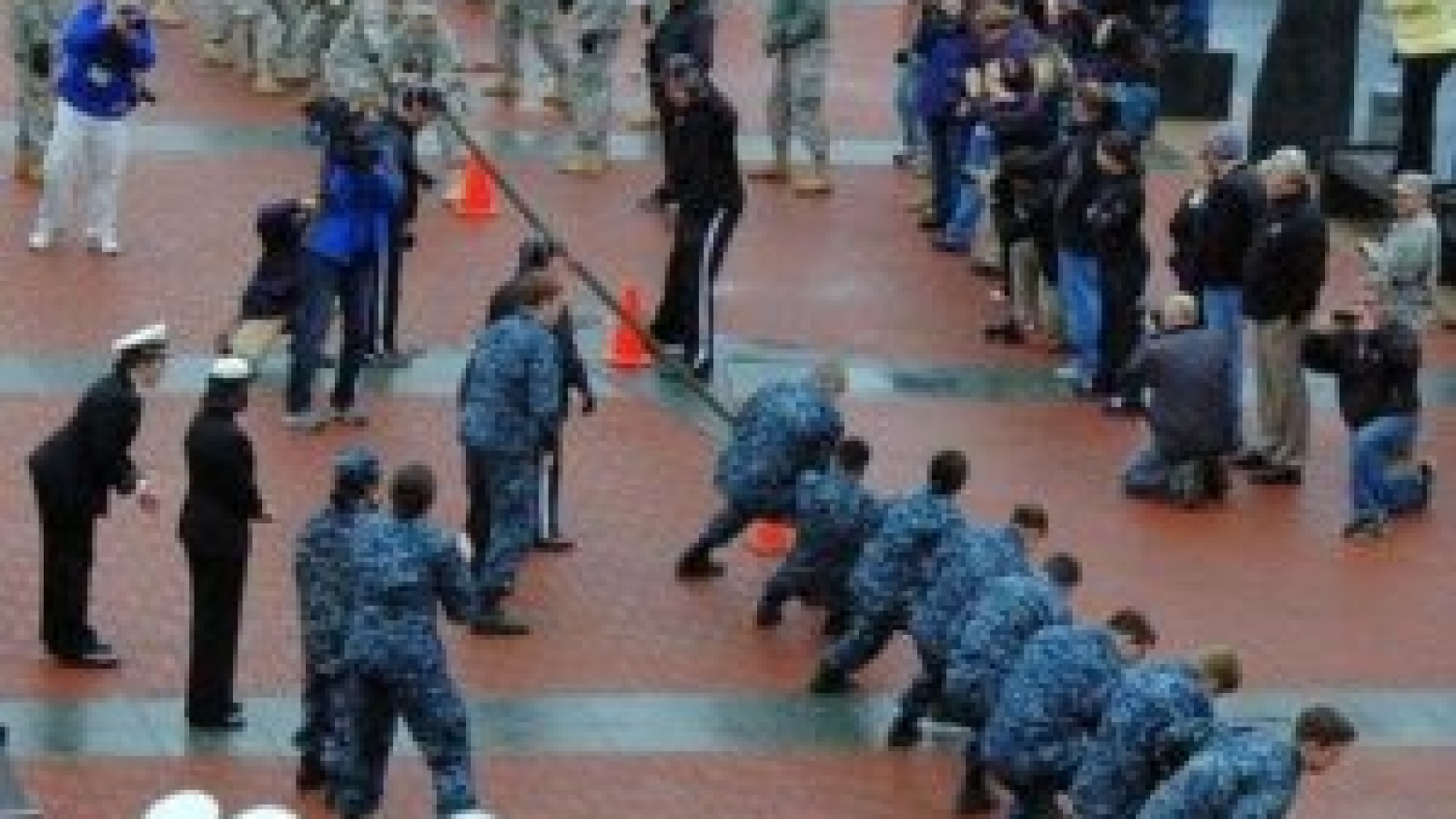 What:          The Cadets of the United States Military Academy will take on the Midshipmen of the Naval

Academy in a Tug-of-War battle on the Patricia Egan Jones Pier of the Battleship New Jersey on Friday,

Dec. 9 at 1:30pm. The competition, which is part of the Patriot Games prior to the Army-Navy football

game on Saturday, Dec. 10 at Lincoln Financial Field in Philadelphia, is free to attend.

The Tug-of-War event also features the marching bands and spirit squads from both academies.

Watch Party on Saturday, Dec. 10, beginning at 2pm.  Guests can watch the game on the two

80-inch TV monitors on the fantail, the heated tented rear deck of the Battleship.  Snacks and a

cash bar will be available. Just a $10 donation gets guest into the Fantail.  For a $20 donation,

guests can add on a tour of the Battleship.  Tickets can be purchased online at

On Saturday, December 10, the Army-Navy Game will return to Philadelphia for the 90th time in

the rivalry’s 123-year history. The game kicks off at Lincoln Financial Field as Army and Navy

face-off in America’s Game.  The city anticipates a large influx of more than 50,000 visitors, who

and the sellout crowd of nearly 70,000 fans that attend the game.

“Army-Navy weekend is all about celebrating America’s armed forces and their service to our country,”

said Gregg Caren, president and CEO of the Philadelphia Convention and Visitors Bureau. “We are

they have made for our nation.”

“The entire city will be electric all weekend as we welcome fans from around the country,” said Larry Needle,

executive director of PHL Sports. “This is the 90th year we have had the privilege to host the Academies, and

we’re incredibly proud of the legacy we’ve created together.”

In addition to the Academies, the weekend is produced by a number of local partners, including PHL Sports, a

business development division of the Philadelphia Convention and Visitors Bureau (PHLCVB), the City of

While the Army-Navy Game is the weekend’s focal point, there are events and activities throughout the city

leading up to kickoff:

Patriot Games: A two-day, five-event competition between teams of Cadets and Midshipmen – with a series of

events at various Philadelphia-area landmarks. The Patriot Games are comprised of:

Army-Navy Pep Rally: Serving as the official kickoff, The Shops at Liberty Place will play host to the Army-Navy

Pep Rally at 12 p.m. on Friday, December 9, where spectators will get fired up with performances by the Academies’

Assembly Day with Operation Gratitude: At the Pennsylvania Convention Center on Friday, December 9 from 1:30 pm

and all of the game partners to celebrate ahead of game day with a sit-down dinner and gala. Mayor Jim Kenney and the

Academy Superintendents will offer remarks. This event is closed to the public, but open to media.

surrounding the Army-Navy Game, impacting young people and the men and women of our military. The program will

welcome 350 JROTC members from the Philadelphia and Camden School Districts to the Army-Navy Game, as well as

up at the Army-Navy Tailgate, located inside Citizens Bank Park’s Hall of Fame Club, across the street from Lincoln Financial

Army-Navy Fan Fest*: Ahead of kickoff on Saturday, November 10, Fan Fest will take place inside of the stadium at Lincoln

March-On*: Time-honored tradition in which the entire Corps of Cadets and Brigade of Midshipmen “march-on” to the field

ahead of kickoff to honor their respective teams, starting at 12:15 p.m. at Lincoln Financial Field.

Stadium Obstacle Relay*: The final leg of the Patriot Games takes place at 1:15 p.m. on the field.

For more information on all Army-Navy Weekend activities, visit DiscoverPHL.com.

youth organizations and families: Spend a night aboard the Battleship!  Our award-winning overnight program

includes dinner and breakfast served from the chowline, a guided tour of the Battleship, the chance to fire a salute

from the saluting gun, and the opportunity to sleep in the bunks that the crew of the USS New Jersey  once slept. 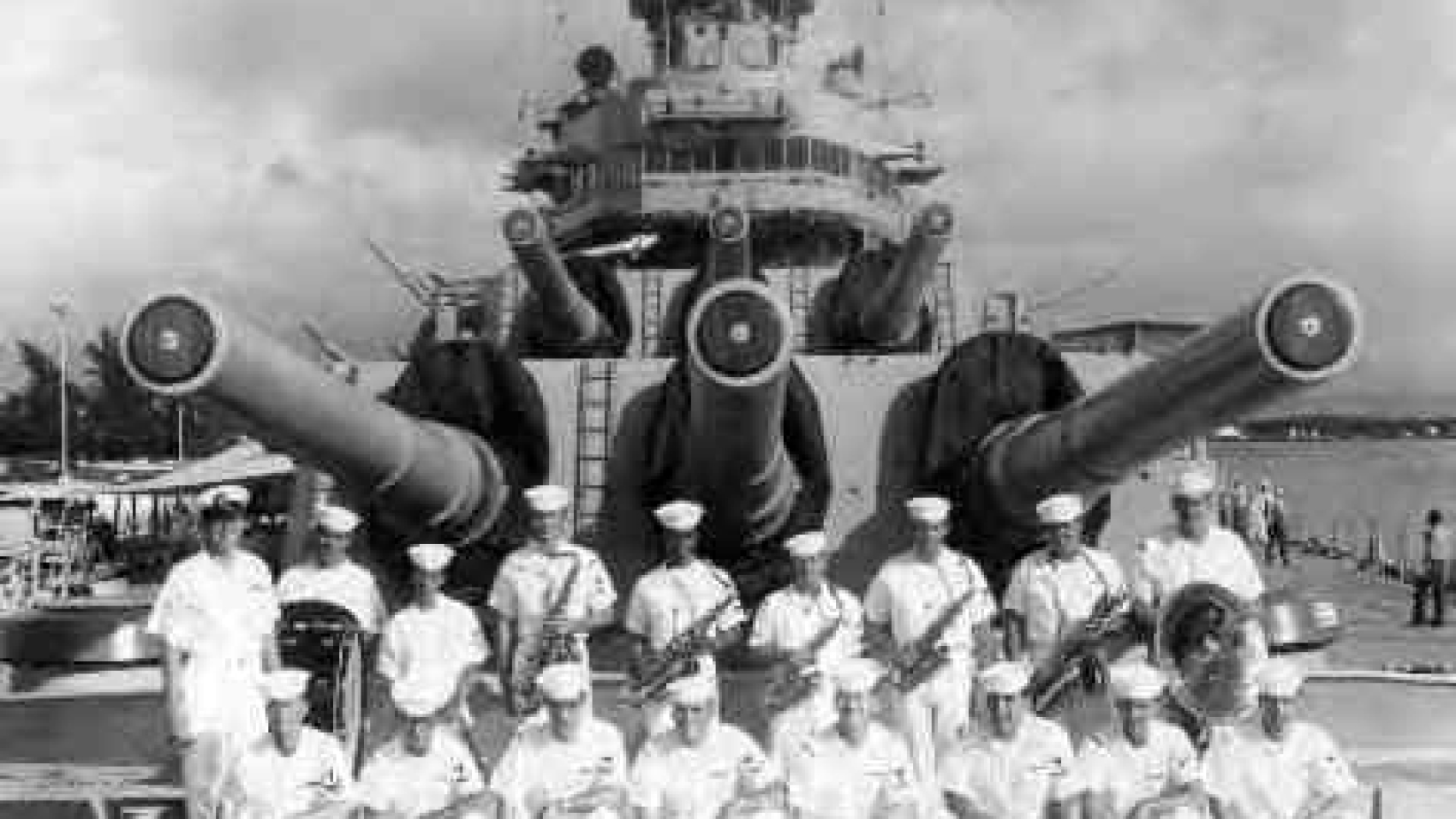 The Battleship salutes the US Navy on the 247th Anniversary today! A special thank you for all sailors – past and present – who defended our great nation!

The post Happy 247th Anniversary to the US Navy! appeared first on Battleship New Jersey.

To celebrate Camden County History month, every Wednesday in October, guests can get a free tour of the Battleship with the purchase of an adult tour!

Just ask for this deal at the ship’s Ticket Office.

The Battleship is open for tours everyday from 10am to 4pm.

The Battleship will be lit pink throughout the month of October.

The museum ship will join buildings and structures throughout the Philadelphia area as part of @CBSPhiladelphia #LightsfortheFight for Breast Cancer Awareness. #BreastCancerAwarenessMonth 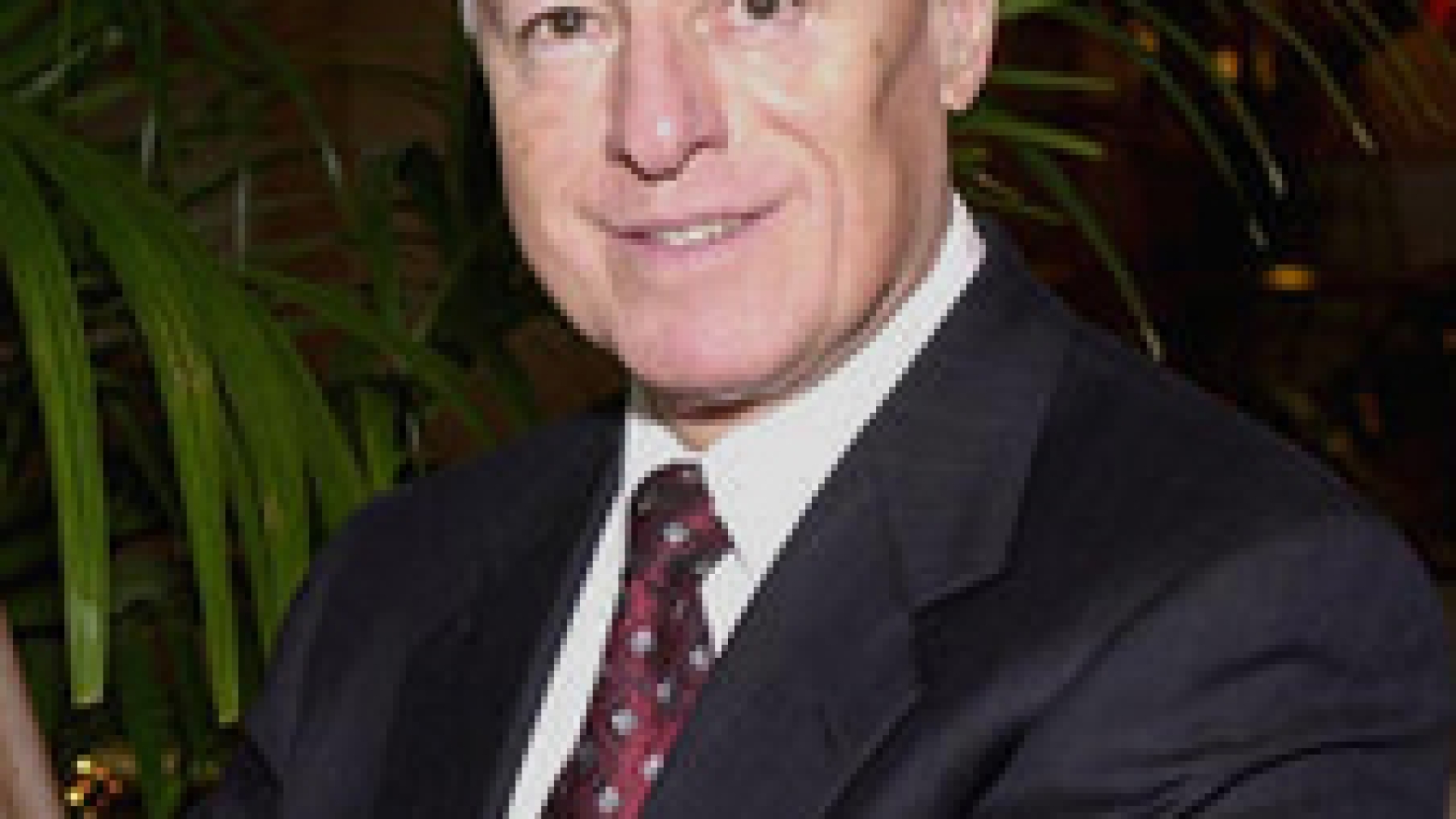 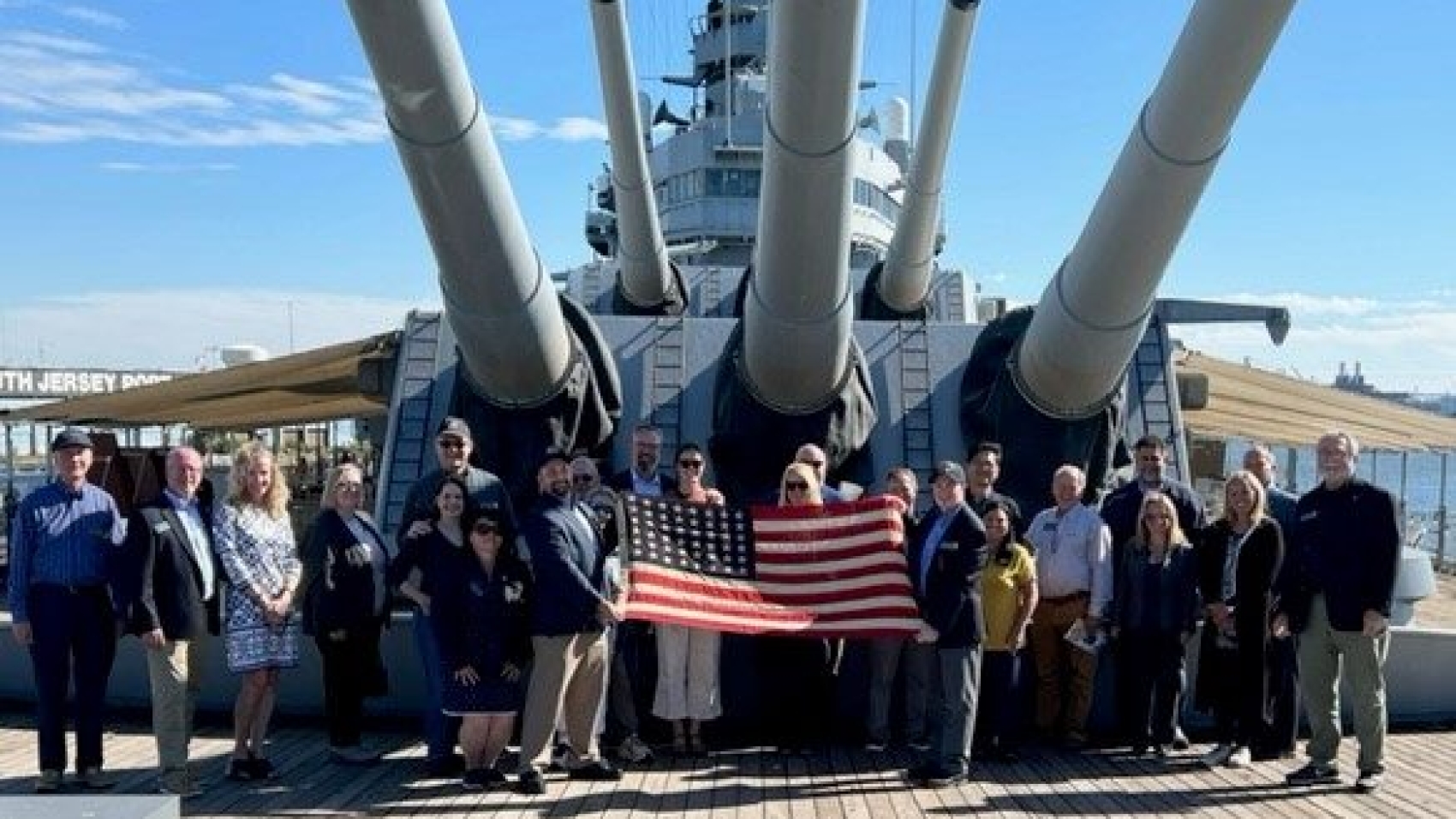 The Battleship New Jersey was honored to host the Fall Reception of the US Naval Academy Parents Club of New Jersey on the ship’s fantail on Saturday, Sept. 24.  The Club enjoyed lunch on the fantail deck, held their fall meeting and heard from an author.  The event concluded with a group photo on the forecastle (forward deck) under the 16-inch guns! 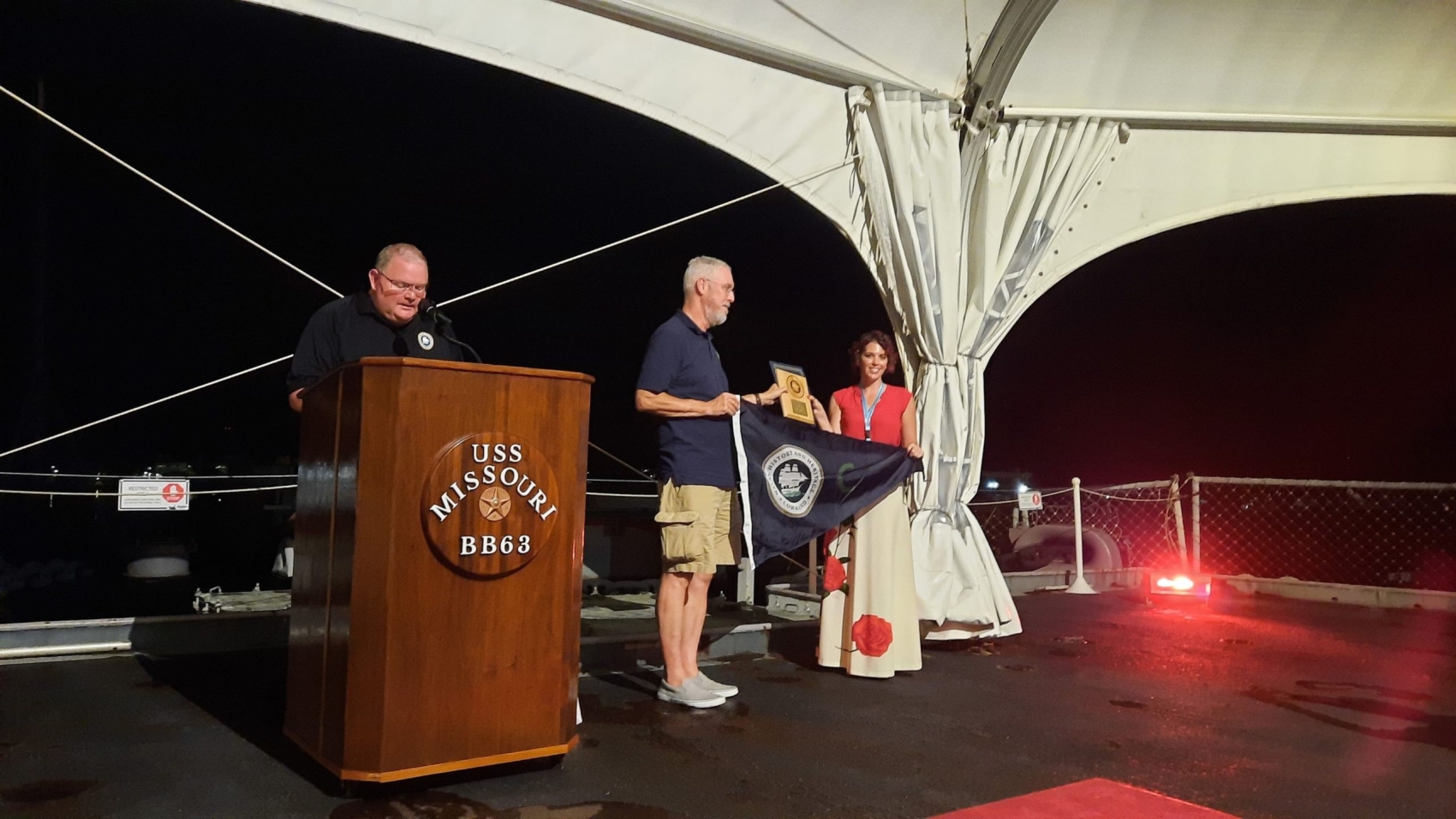 The annual awards acknowledge the work done by private, nongovernment museums to share with the public the heritage and history of the Navy through exhibits, publications, historical documents, and curation, management and interpretation of artifacts at their facilities. This is the award program’s second year.

“These museum award winners were selected because of their excellence in telling the Navy’s story through various means,” said NHHC Director Samuel J. Cox, a retired U.S. Navy rear admiral. “It is with great appreciation that we recognize these museums for their ability to communicate the rich history of the Navy with the public.”

“As supporters of the Navy, its mission, and our shared history, HNSA is proud of the recognition NHHC is giving our member museums for their hard work in telling the story of the Navy and the American People,” said HNSA Executive Director Ryan Szymanski.

The Curatorial Excellence Award recognizes organizations that achieve excellence in the curation of the collections in their care, including maintaining and interpreting Navy artifacts on loan from NHHC central and local collections.

Battleship New Jersey demonstrated excellence in telling compelling and accurate stories of service at sea, specifically through the creation of a new, multilingual exhibit on the Korean War. The new exhibit used a former berthing space to interpret life on the ship for Sailors during the Korean conflict, helping to communicate a significant chapter in the heritage of the U.S. Navy to a broader audience.

Destroyer Escort Historical Museum USS Slater DE 766 expanded the museum’s educational outreach across various media, which included adding new compartments to the tour route, creating a “Special Collections” tour, expanding the virtual tours, updating their website, and initiating a podcast program. The enhancements to the ship’s curatorial program allowed outreach efforts to continue throughout the COVID pandemic and a dry-dock maintenance period, which closed the ship to public visitation beginning in July 2020.

The Maintenance Excellence Award is presented to organizations that demonstrate the greatest improvement in material condition over the past year of a macro artifact such as a historic ship or aircraft.

The World War II-era submarine USS Cod (SS 224) demonstrated great improvement in material condition when it dry docked for the first time in 58 years to preserve the underwater portion of its hull. Because of the work done during the maintenance period, Cod will be able to convey its history to the public through at least 2041.

The Friends of the USS Cassin Young (DD 793) was recognized for excellence in preservation of the ship, specifically for major restorations of the forward berthing areas. The work completed resulted in the complete restoration of the berthing compartment to near-original condition, allowing the public to gain a better understanding of the living condition of Sailors manning the ship.

For a detailed list of eligibility requirements and other information on the awards program, please visit https://www.history.navy.mil/content/history/nhhc/get-involved/nhhc-awards-program.html

NHHC, located at the Washington Navy Yard, is responsible for preserving, analyzing, and disseminating U.S. naval history and heritage. It provides the knowledge foundation for the Navy by maintaining historically relevant resources and products that reflect the Navy’s unique and enduring contributions through our nation’s history and supports the fleet by assisting with and delivering professional research, analysis, and interpretive services. NHHC comprises many activities, including the Navy Department Library, the Navy Operational Archives, the Navy art and artifact collections, underwater archeology, Navy histories, ten museums, USS Constitution repair facility, and the historic ship Nautilus.