Beards at the ready! Two iconic bands unite for an all out North American tour like none other, and if there is one gig you get to see this year, this one will definitely be the most exciting and memorable nights of your life. Sunday, September 17, 2023, when Lynyrd Skynyrd and ZZ Top co-headline live, at the Merriweather Post Pavilion. Grab some tickets now, you have just enough time to grow out a proper long classic rock beard and be ready for the “The Sharp Dressed Simple Man” tour in person! 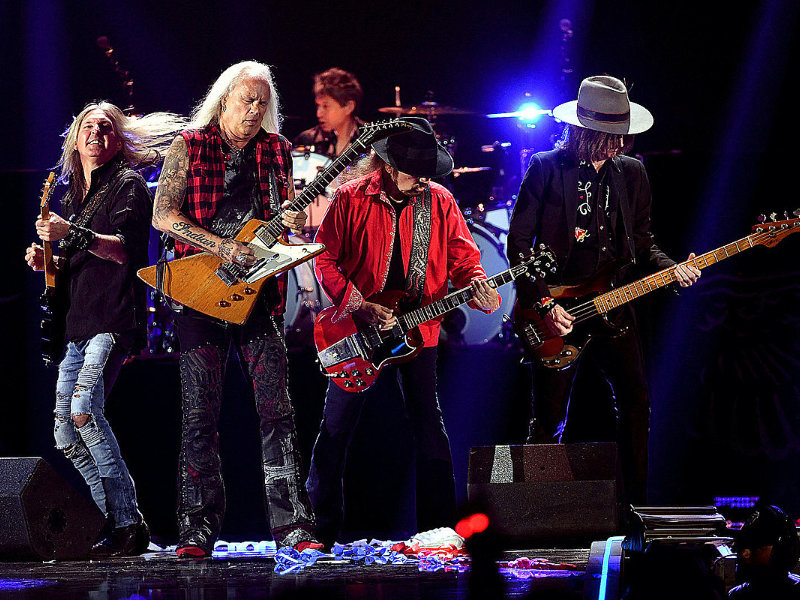 Lynyrd Skynyrd’s seminal first album, Pronounced “Lh-‘nérd ‘Skin-‘nérd,” will turn 50 in the year 2023. The band’s appeal spans multiple generations. Skynyrd is one of the few bands to have left such a permanent mark on society. Their dedication stems from a wish to perpetuate a name that has meant something to hundreds of millions of people all over the world.

Ronnie Van Zant, Allen Collins, Steve Gaines, Ed King, Billy Powell, Bob Burns, Leon Wilkeson, and Hughie Thomasson are just a few of the band members whose legacies have been preserved by the group’s legendary discography and rich history. A number of current members of Lynyrd Skynyrd include Johnny Van Zant, Rickey Medlocke, Mark “Sparky” Matejka, Michael Cartellone, Keith Christopher, Peter Keys, Carol Chase, and Stacy Michelle. Gary Rossington doesn’t perform with the band very often, but he has a significant influence on their sound and direction when he does. Ronnie Van Zant, the band’s lead singer and constant tour companion, has said, “It’s a look at the meaning of Lynyrd Skynyrd to its legion of devoted followers.” Nothing beats playing in front of our loyal fans while on the road with Skynyrd. “We’re still here, and we’re still rocking out,” says Rossington. We had to keep up a good name for our fallen brothers.

For over fifty years, their special blend of rock, blues, and boogie has been thrilling their legion of devoted fans. Their music may be universal, but the ZZ TOP brand, which includes beards, hot rods, spinning guitars, and the fabled “magic keychain,” is just as influential in breaking down barriers of language, geography, and culture.

ZZ TOP formed in 1969 when members of Billy Gibbons’ Moving Sidewalks, Frank Beard, and Dusty Hill’s American Blues joined forces. ZZ Top’s “La Grange,” from the album Tres Hombres which they released in 1973, is still one of their most famous songs. ZZ TOP’s career took an important turn with the release of Eliminator in 1983. Bluesy at heart, the band added hi-tech flourishes to songs like “Sharp Dressed Man” and “Legs,” which became early favorites on MTV. Shortly after its release, the album became one of the first to be awarded the prestigious “Diamond” certification by the record industry.

That Little Ol’ Band From Texas, whose documentary was nominated for a Grammy, has played for more people on more continents than any other band in the last 50 years. For more than fifty years, the band’s core has consisted of Gibbons, Hill, and Beard (who, ironically, doesn’t wear a beard). When Dusty had to take time off from the tour in the summer of 2021, Elwood Francis stepped in to play bass guitar in his stead.

The internal motto of ZZ TOP is “Tone, Taste, and Tenacity,” and it captures perfectly the band’s finest attributes. They appear to be searching for true roots music on their own. ZZ Top draws inspiration from a wide range of blues musicians, from early innovators like Muddy Waters and B.B. King to cutting-edge players like Jimi Hendrix and British blues rockers. They’ve sold millions of records despite being satirized in countless cartoons and TV shows, and now they’re in the Rock and Roll Hall of Fame (by Keith Richards, no less). Even though they are still putting out the music that made them famous, no one seems to care. The iconic rock band ZZ TOP will never be stopped.