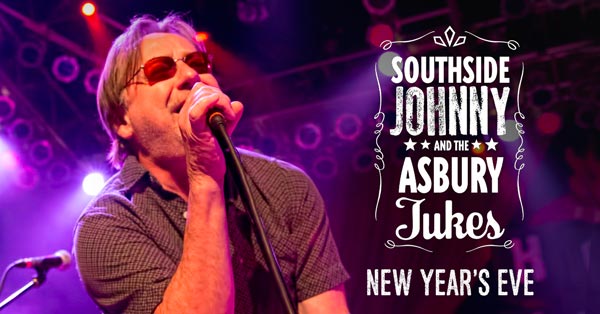 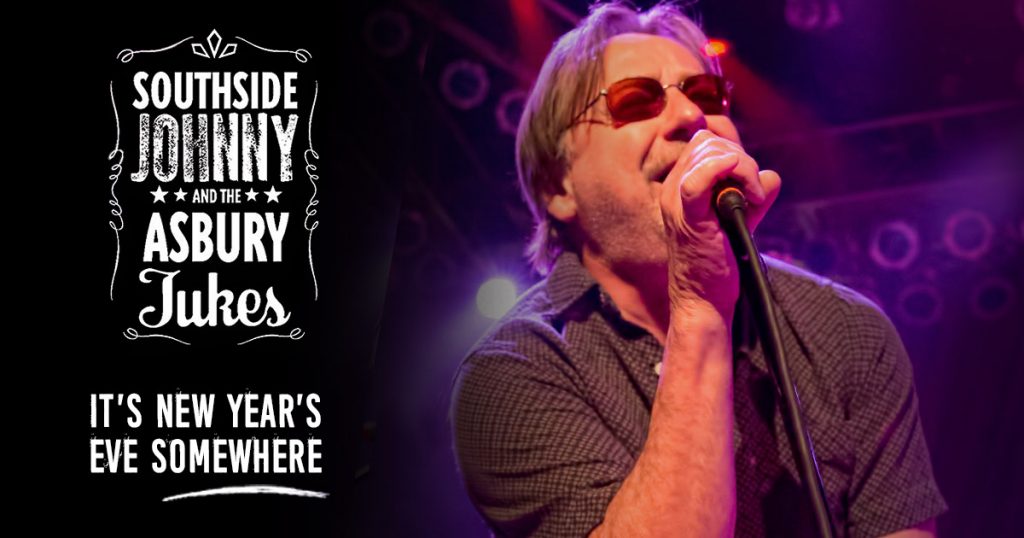 Southside Johnny and the Asbury Jukes return to Red Bank for the best New Year’s Eve party in town — and this year, we’re getting things started early with a 6PM showtime… because “It’s New Year’s Eve Somewhere!”

In 1982 Rolling Stone Magazine voted Hearts of Stone among the top 100 albums of the 1970s and 1980s. With their classic blend of hard-core R&B and street-level rock, molten grooves, soulful guitar licks and blistering horn section, Johnny and his Jukes continue to put their unique stamp on the Jersey Shore sound, while recalling the glory years of Otis Redding and similar Stax Records titans.

Presented by Count Basie Center for the Arts

Please note: The Count Basie Center for the Arts no longer requires proof of vaccination for entry at its historic theater, The Vogel or Basie Center Cinemas.

The Count Basie Center reserves the right to amend this policy as necessary, including at the request of certain artists or touring productions.

Masks are not required, though we strongly encourage their use and respect all patrons who choose to continue doing so.